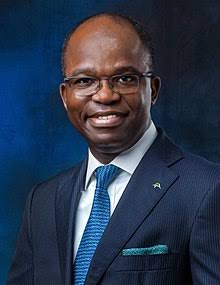 Skye Trustees Limited in conjunction with its parent body, Skye Bank Plc are currently embroiled in a serious controversy following the demolition of more than 200 houses in Lagos as against the belief in many quarters that banks ought to help provide accommodation for the teeming residents of the metropolitan state.

The Tokunbo Abiru-led financial institution and its subsidiary on Thursday, July 26th 2018 reportedly wrecked havoc on the Glorious Villa Community in Ibeju Lekki Local Government Area of Lagos State, which is home to over 3000 inhabitants,  when they demolished the properties.

Sources revealed that trouble started when Skye Bank was discreetly sold a large expanse of land allegedly belonging to about 55 families by four of the families in Abule Parapo Phase 2, Awoyaya area of Ibeju Lekki.

First Weekly Magazine was told that after winning the land dispute case from initial land grabbers, another set of family unit had three years earlier sold some plots located behind the famous Greenspring International School for the sum of N1.5 million each to the occupants who are now homeless after the destruction which gave them no chance to salvage their . 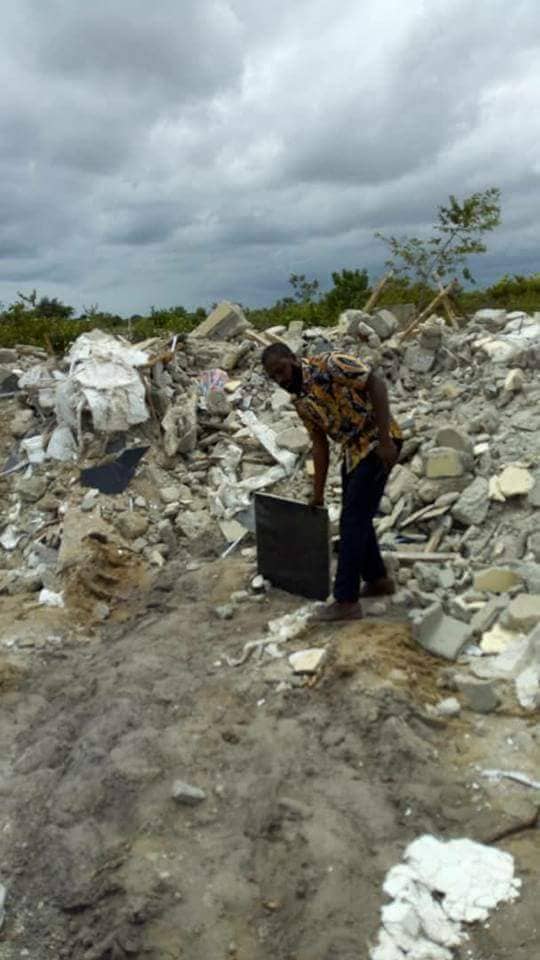 Unknown to these family units, the four family units had  discreetly obtained a court judgment and sold the entire 200.184 hectares of land plus the court judgment to Skye Bank and Skye Trustees Limited which rushed to the Lagos State government through high-powered officers for the authentication of the lands in their company name.

Skye Bank later reached out to the lawyers of the property owners to come over for ratification and urged them to pay sums of money ranging between N4 million and N8 million for the ratification of each of the controversial plots.

The property owners had allegedly suggested further negotiation and had reached a compromise with the bank, but Skye Bank reportedly went ahead with the demolition of the properties with the support of about 300 armed operatives from various security outfits that harassed the residents and seized their belongings including phones and cameras.

The demolition has since thrown the residents of the area into a state of distress and agony as majority of them now take refuge in uncompleted buildings outside of the community.

It was gathered that others have resorted to talking solace under the bridges around the area while some have moved in with their relations as squatters pending when luck will smile at them to acquire new accommodations.

Affected residents, most of who are customers of the Skye Bank have been counting their post-demolition losses, lamenting the suffering they are forced to go through.

“This pain is too much to bear, and to think that it comes from a bank I hitherto held so dear is worrying to me,” lamented a woman who did not provide her name

Mr. Wise Iyanla while narrating his ordeal said: “I, my friends, my comrades and my families, are closing all our accounts in Skye Bank. This is a trying moment but we will win this battle!

“As a young man in the corporate world, I strove harder to do some expensive things. One of the things I did was to strive to build a bungalow here in Ibeju Lekki axis (Awoyaya) and my land was properly acquired from the legitimate owners who originally acquired the landed properties from their forefathers as inheritance.

“All of a sudden, just last month here, I was at work when I received a WhatsApp message from a co-landlord, informing me that our properties built with our hard-earned sweat were being demolished by Skye Bank and their agent, Lekki Gardens Estate Limited  with a battalion of security personnel to protect their heinous action.

“What can I say as a young father and hustler? I said to my co-landlord, man can never be hurt. What took us years to stand, as struggling young Nigerians, were demolished in minutes.

“The most painful aspect of the story is the fact that our buildings were demolished in error because there was no court judgment that warranted the destruction of our properties and I doubt that the IG was aware of the illegal police officers outing during the criminal and malicious destruction of our properties and now that it is established, 10 billion for the accounts is feasible.”

Another affected resident, a 64-year-old widow and retired civil servant, Mrs. Oyekunle Azeez, said ever since the incident, she has been living in a church and her blood pressure had risen. “In tears, the elderly woman said: I laboured so hard before I retired to build this house, how have I offended the bank and their directors? This was all I had. Why do they want to send me to an early grave?” Mrs. Azeez lamented.

The lawyers representing Glorious Villa Community Development Association, Reagan Nzeteh & Co. has written Lekki Gardens demanding the sum of N10 billion from Skye Bank plc and Skye Trustees Ltd for what it called trespass to land, willful/criminal/malicious damage of its client’s properties and illegal demolition of the properties in Abule Parapo Phase 2 by the two organisations. They have also threatened to sue the trio if the money is not paid within a stipulated period of time.

In the same vein, the inspector general of police has been petitioned regarding the illegal use of over 300 police officers in the operation.

We were unable to get the side of Skye Bank to the story as at press time as efforts to get their reaction were met with negative responses.