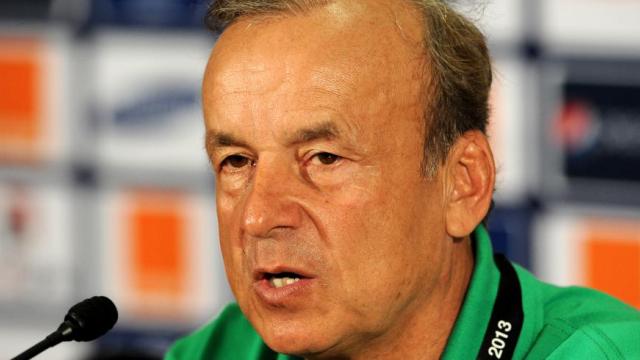 Head coach of the Super Eagles, Gernot Rohr, has insisted that he will not give Moses Simon the chance to be fit for the 2018 World Cup.

Rohr, speaking after the 1-1 with the Democratic Republic of Congo on Monday, revealed that the Gent forward has undergone two scans and the results were not encouraging.

“We have had two scans on him to confirm the nature of his injury and both came out with the same result that he needs to be out by close to four weeks.

“I don’t think it is necessary for him to travel to London again. He is out of the World Cup,” the German tactician said.

Rohr has reportedly dropped the trio of Uche Agbo, Junior Lokosa and Stephen Eze from the 29 players left in the provisional squad.

He is yet to decide on the remaining two players who will be sent packing from the team.