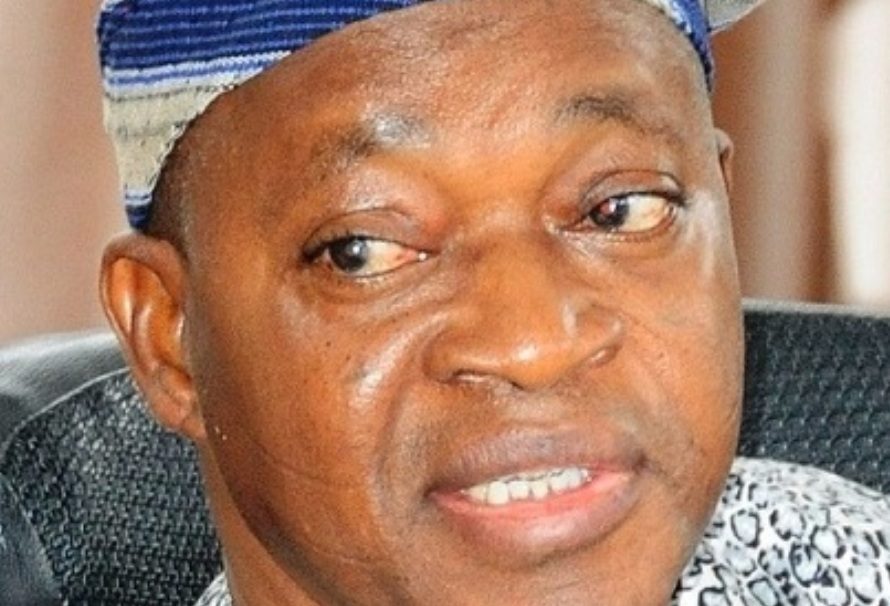 As the race for the government house in Osun State hots up, all fingers are pointing at the incumbent Chief of Staff to Governor Rauf Aregbesola, Alhaji Adegboyega Oyetola as the best choice of a successor.
Oyetola has been performing his duties diligently over the years, which is why the state has been succeeding on all fronts.
Of course, Ogbeni Aregbesola has been using every available opportunity to eulogise the man he believes has contributed in no small measure to his success as the Governor of the state.
Those close to Oyetola revealed that if there is any man that has the requisite experience and capability to take over the mantle of leadership from Ogbeni Rauf Aregbesola after the end of his tenure in few months’ time, then that person is Alhaji Adegboyega Oyetola.
They all attest to his versatility, dynamism, intelligence, ability to work under pressure, creativity and progressive ideas, some of which they said he has offered the state and which has led to the massive infrastructural development and people-oriented programmes being churned out by the state government regularly.
Politicians and residents of the State of Osun are agreed that only the deep can call to the deep and that it is only those who know the advantages of some of the programmes of the present government and the need for continuity such as Alhaji Oyetola that could steer the ship of the state after the current dispensation.
No one has disputed the passion of Alhaji Oyetola and his commitment to the development of the state.
It is even being said that the man is full of talents and that he is burning with more ideas in the areas of education, employment creation, agriculture, rural development, healthcare, welfare packages for civil servants, infrastructure development and several others.
This is the reason Oyetola, who is a chieftain of the ruling All Progressives Congress (APC), is being thumbed up and touted as the best man for the job of the Governor of the State of Osun as the tenure of the current Governor Rauf Aregbesola is about to end.
They said that Aregbesola’s tenure has obviously witnessed massive development, foundation for better growth and creativity on governance that could only be sustained by a man that knows the reasons behind these programmes and that has been researching into how to make them better.
The cerebral politician, Adegboyega Oyetola,is a graduate of University of Lagos with a B.Sc (Hons) INSURANCE, 1978 and MBA FINANCE, 1990.
He is also an Associate of the Chartered Insurance Institute, London and Nigeria and a Member of the Nigerian Institute of Management.
He started his Insurance Career with Leadway Assurance Company after his NYSC in Maiduguri in 1980 as an Assistant Manager and rose to the position of Area Manager, Control Office, Lagos.
He was at Crusader Insurance as Underwriting Manager, Corporate Alliance Insurance as Controller Technical before he left to set up Silvertrust Insurance Brokers in 1990.  He was on the Board of many companies.
Related Topics:
Up Next

Why I’m Running For House Of Representatives – Jafac