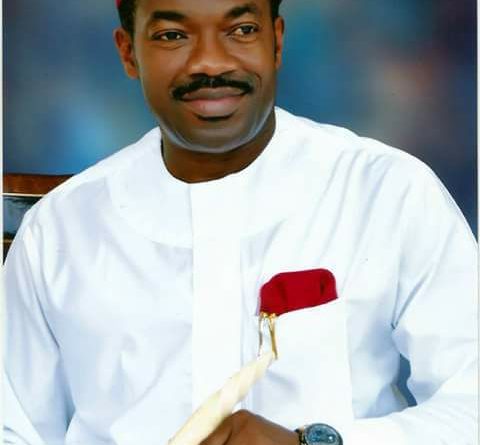 The need for quality, fair and just representation for the people of Orlu/Orsu/Oru-East Federal Constituency in the Orlu senatorial District of Imo state had been referred as reasons for his wanting to go to the House of Representatives of the National Assembly in 2019.

Chief Felix Chidi Idiga popularly known as JAFAC says he would ensure that his constituency gets the best of federal representation from 2019 when he assumes office as their representative.

Speaking recently in Abuja, the multi billionaire who in 2015 ran for the senatorial race of his district (Imo West) said he had accepted to step down from senatorial race to running for membership of the Green Chambers after some consultations with his people.

“My people and the leaders of my party (APC) prevailed on me to step down and run for House of Representatives. They believe my services will be needed more at the House than where I was earlier aspiring. This is all about service to my people; service to humanity, so where my people need me is where I will go”, he explained.

The Amaifeke Orlu-born philanthropist turned politician disclosed that as a businessman he had built and constructed over 48 roads spanning thousands of kilometers in Imo state as a whole without embezzling monies meant for them.

“As a contractor, my company has constructed more than 48 roads in Imo state and beyond. I did excellent jobs on them and did not divert monies meant for them to my personal uses. I could have as well do so if I wanted. I never abandoned any of them and never did shoddy jobs.

“Most people we send to Abuja only go there for their selfish interests and stomach. They scout for jobs meant for their people in budgets and sale them off to their friends and cronies. Whatever that is given to them for their people never gets to them. They take 70% and bring back only 30%. This is because they are still chasing for their stomachs and those of their families. They are struggling for economic survival.

“So the next person that must represent our people must be one who is at least, psychologically, physically and financially satisfied with him or herself. Someone that when you give him something for his people, that thing gets to the people. That is the kind of person our people are looking out for now, and many of them believe I fall into this category. So I cannot reject their offer. That is why I have accepted to go to the House of Representatives”, he added.

Idiga who is the founder of JAFAC Foundation; a body known in Imo and Nigeria for its charity project to the masses added that he is running under the platform of the All Progressives Congress (APC). He called on others aspiring for same position to embrace him so that they can all work together to deliver the party in the constituency.

“I want my fellow party men and women and brothers equally seeking to run for the same office to come support me so that we can work together. I believe we can work together if they support me instead of fighting over the ticket and at the end lose it to some unqualified person. I think we can work together even from the National Assembly because there are so much works to be done, and an Honourable Felix Idiga cannot do them alone”, he assured.

He also advised aspirants for the position from Orsu and Oru-East Local Government Areas to drop their ideas as 2019 according to him, is the turn of Orlu LGA.