Hushpuppi as he’s popularly known by posted the receipt amounting to a total of N11,381,700. As the receipt hit Snapchat it started making rounds on Twitter, with many in awe as to how one man could blow that much money in one night. 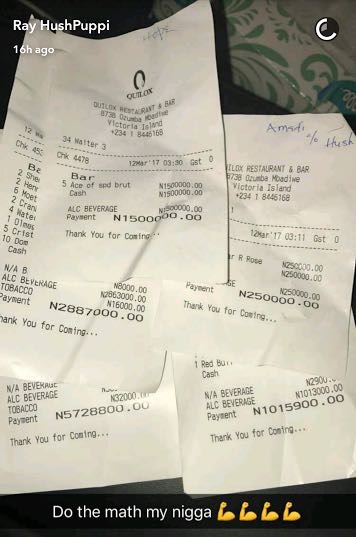 Popular actress Eniola Badmus known as “gbogbo big girl” took to her Snapchat to question the source of Hushpuppi’s wealth. In her post she wrote “I av a job and the world can testify to it. If I may ask where do you work or let me say WHAT DO YOU DO. Balu. Build a wall not a War. Remember you begged for a follow back on IG.” 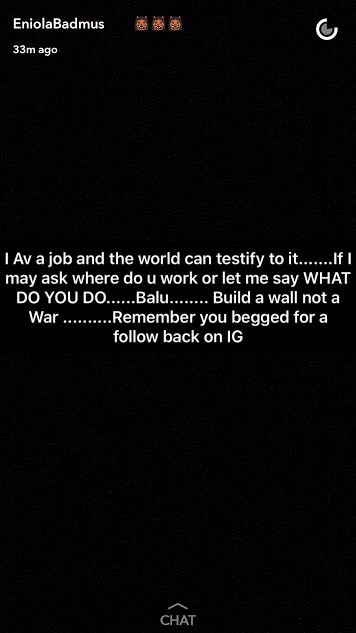 Hushpuppi ignored her rant with plans of dragging a bigger fish, He once more took to his Snapchat to drag rave of the moment and rich kid Davido. ‘Puppi claimed he didn’t go to Malaysia for 4 years to count bridges. He challenged big spenders in Lagos to come to Quilox that night and begged Quilox owner Shina Peller “No credit sale tonight, no selling to anyone based on personality or past glory.” That anyone with less than 100 million Naira in their account shouldn’t come out, except they come as fans and to cheer. He finally ended the Snapchat rant by saying “there’s a difference between omo baba olowo (which Davido is fondly known as) and baba olowo.” 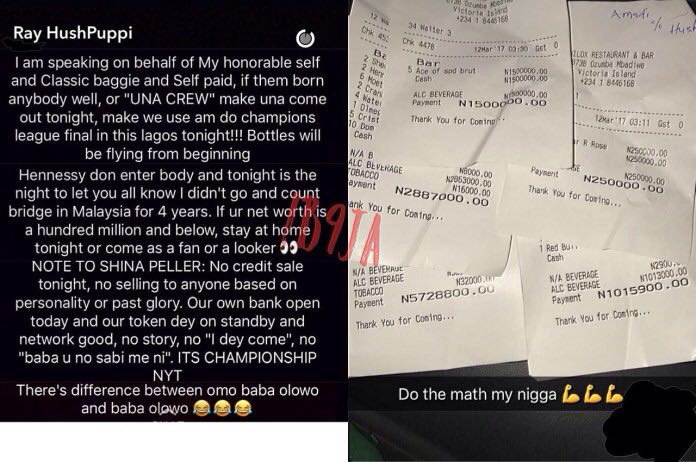 Many people believed the post was meant to throw shades at Davido.

Davido then clapped back at Hushpuppi’s rant posting a screenshot of his December 2016 earnings amounting to over 130 million Naira. Telling him to shut up and leave Nigeria because he would have zero breathing space. 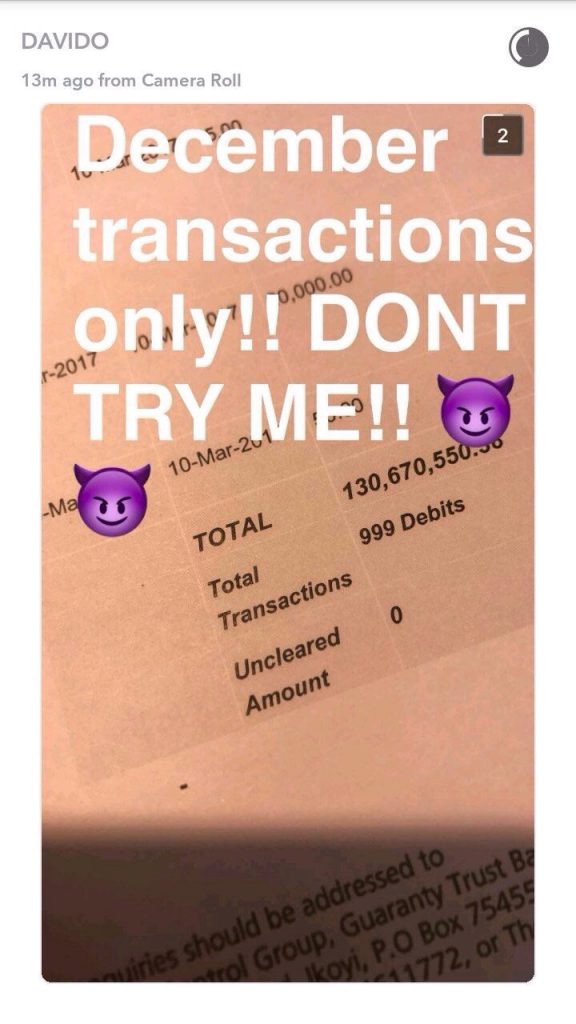 Davido later posted that Hushpuppi has been sending an emissary to beg on his behalf,  “Niggas pulling up on the internet and be sending OG’s to beg on their behalf in real life. BehindTheScene.” 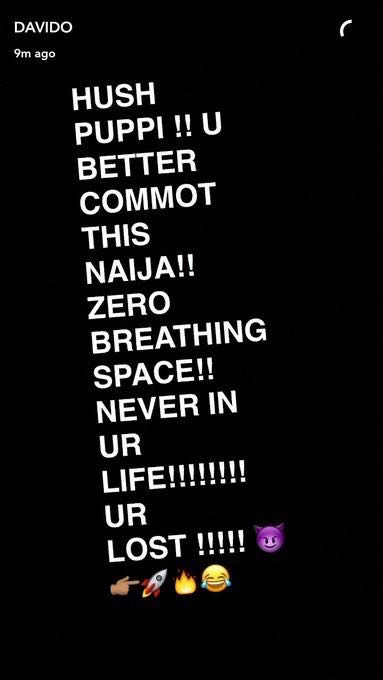 Hushpuppi’s lavish lifestyle and display of wealth has made many question the source of his wealth with some concluding that he must have sold his kidney in Malaysia as is the new trend of young boys in need of quick cash. Others believe Hushpuppi’s wealth which he flaunts can’t be as a result of the sale of his kidney, with some believing it could either be from the internet fraud or he runs an organ ring.

My Jealous Husband Is Threatening To Leave Me – Omotola Jalade-Ekeinde