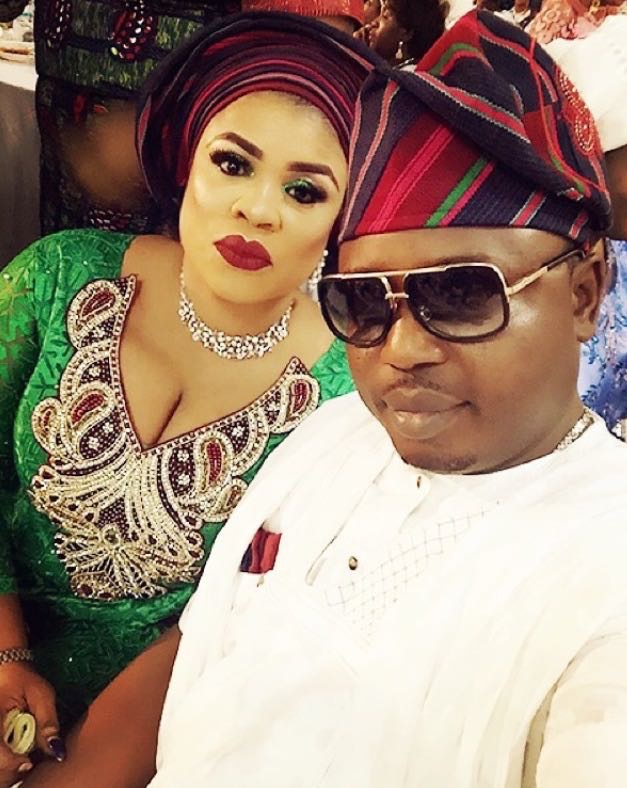 London-based celebrity couple, Akeemand Banke Adetoro have been courting controversy on a constant basis, ever since the ugly incident that trusted them into infamy in 2008. The duo has come to be regarded asthe most scandalous couple within the London social circuit. Akeem and Banke run one of the biggest textile stores in London.
Their store, Royal Textile is located in Liverpool and it is patronized by many people. However, their penchant for attracting scandals has become a cause of concern for their close friends and family members, who have advised that they thread softly, as their social and moral activities have come under serious scrutiny. Sometime last year, Akeem and his wife, Banke, were exposed by their former close friend, Prince Ademile Bakare,the publisher of Infinity magazine, a party and event publication. First Weekly learnt Ademile Infinity had fallen out with Akeem over his philandering habit and involvement in drug business. Ademile also revealed thatBanke’s last child, Clinton, had been fathered by Rahmon Salawe, the notorious drug baron, who is popularly known as Sati Rahmon.This exposure infuriated the Adetoros, and they descended on Ademile Infinity, and they deployed every avenue they could lay their hands on to humiliate him on social media platforms. Some of the couple’s close friends have expressed their concern overtheir lust for vengeance and their voracious appetite for cheap publicity.But as much as they try to keep a clean and spotless image, the incident, which led to their global humiliation, continues to rear its ugly head.
First Weekly recalls that the ugly incident happened seven years ago, Akeem was apprehended on July 8, 2008, at the Departure hall of the Murtala Mohammed International Airport, Lagos, during the screening of passengers on Virgin Atlantic flight to London on that fateful Tuesday night. The accused, Yusuf Hakeem Ajibola Adetoro, was arrested with 2.2 kilogrammes of 19 wraps of cocaine. The suubstance was concealed in his boxer shorts. Sources disclosed that the street value of the drug was worth N4million back then. Adetoro was eventuallyarraigned in court where he pleaded guilty. He was sentenced to eleven monthsimprisonment with an option of N350,000 fine. Adetoro was also made to forfeit 1,444 pounds and $1,000 which were found on him and which the National Drug Law Enforcement Agency (NDLEA) tendered as exhibits.
Unfortunately for the Adetoros, the cocaine scandal was reported by major newspapers and online platforms in Nigeria. Even if the couple strives to erase this ugly incident from the mind of their gullible friends, this incident left an indelible mark on the memories of most socialites in London, and they feel ashamed on their behalf. Some close  sources who spoke to FirstWeekly revealed that Adetoro’s wife, Banke ran from pillar to post, in her quest to save her husband. Her mother-in-law was reported to have laid the entire blame on her because she was alleged to have introduced her husband to the drug business, her alliances with Sati Rahmon, Jay Jay Oladimeji and other notorious drug barons. Although, it has been seven years since the drug scandal happened, the Adetoros have refused to keep a respectable profile. They keep courting controversy on a-per-second basis. Some close watchers in London are worried that their children may end up tapping from their controversial lifestyle.
Related Topics:
Up Next