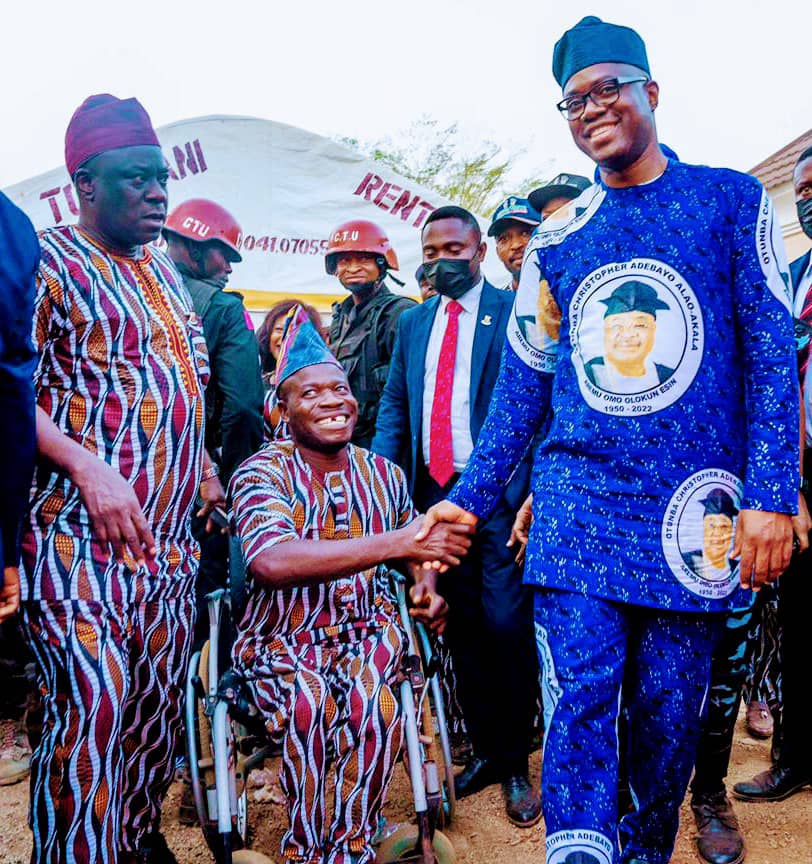 Coordinator of Persons With Disability (PWD) in Ibadan North Local Government Area of Oyo State, Nurudeen Wasiu has commended Governor of Seyi Makinde of the state for giving them certain percentage in appointments in both public and civil service and for given them priority in governance in the state.

Wasiu stated that for Governor Makinde to have so much affection for PWDs as well as for general populace of the state, he deserves second term in office.

The PWD Coordinator, a member of the Peoples Democratic Party (PDP) and former member of the Caretaker Committee in Ibadan North also commended the Special Adviser to Governor Makinde on Disability Matter, Barrister Ayodele Adekanmbi for his unparalleled representation in the Oyo State government.

Speaking with journalists in Ibadan, the state capital, on Thursday, Wasiu said that since the inception of fourth Republic in 1999, no government has ever employed 150 persons living with disabilities in the state.

He also commended the effort of the governor in providing sustainable livelihoods for PWDs through the office of Barrister Adekanmbi.

Wasiu noted that without access to quality education and sustainable livelihoods, children living with disabilities would not be able to contribute meaningfully to the economy but that Governor Makinde has given them livelihoods by giving jobs to his people.

“I have discovered that across all sectors of our national life, which include transportation, housing, environment and education, people with special needs go through harrowing experiences that need urgent attention.

“And to this end, I thank Governor Makinde for giving us attention, there was no time there would job opportunities in the state, that our people will not be given special consideration.

“I am bold to say that since the beginning of this present political dispensation in 1999, there was no government that has the interest of physically challenged people like Governor Makinde.

“Considering this factor and others in the area of development, renumeration for workers, payment of pensioners and others, Governor Makinde deserves second term in office. And i’m using this medium to appeal to him to declare his intention to run,” he said.