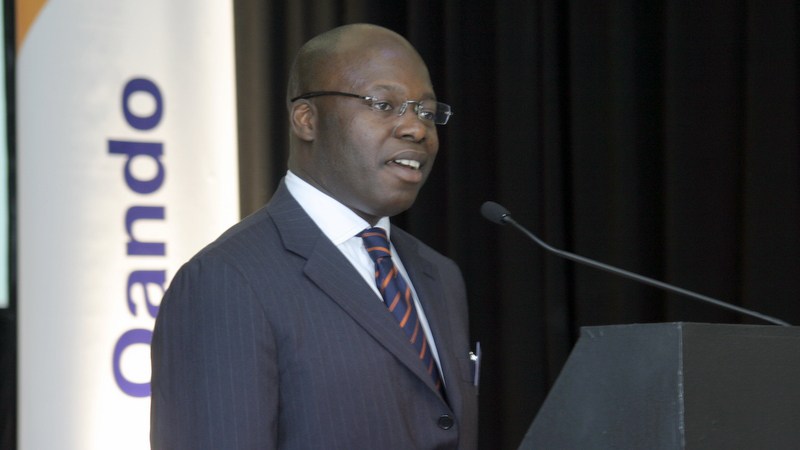 The management of Oando Plc on Wednesday said that the protesters who almost disrupted the company’s Annual General Meeting, AGM in Uyo, Akwa Ibom are not shareholders of the company.

The development came on the heels of the mild drama that trailed the 40th AGM of the oil firm on Monday when protesters who claimed to be shareholders sought to disrupt the meeting.

The AGM, which held in Uyo, Akwa Ibom State, was disrupted for over 10 minutes as the protesters chanted songs seeking the resignation of the company’s Group Chief Executive, Wale Tinubu.

Media reports said the protesters, who stormed the venue under the aegis of “Oando Shareholders’ Solidarity Group,” said they were protesting in order to change the management of the company over gross mismanagement and abuse of corporate governance.

The protesters also called on the Securities and Exchange Commission, SEC and Nigerian Stock Exchange, NSE, to commence the immediate investigation of the company to determine the true state of the financial position and corporate practice.

But the oil company in a statement on Wednesday described the protesters as “paid, dubious characters,” who are not genuine shareholders of the company.

“Contrary to some media reports, the protest that occurred outside the venue of Oando’s Annual General Meeting held in Ibom Hall, Uyo, Akwa Ibom State, on Monday, September 11, 2017, was carried out by non-shareholders,” the statement said.

“National Coordinator of the Independent Shareholders Association of Nigeria, ISAN, Sunday Nwosu, who attended the AGM alongside other members of ISAN, and other stakeholders in the capital market; including representatives of the Securities and Exchange Commission, stated that no genuine shareholder of Oando Plc was among the protesters.

“Nwosu noted that the protesters, who chanted outside Ibom Hall for about 15 minutes, dispersed after he engaged them and advised them to write officially to Oando’s company secretary if they had genuine complaints,” the statement read in part.

The statement quoted Mr. Nwosu as stressing that the AGM was very successful as ”stakeholders voted to keep the management and the board.”

“The protest that happened outside the venue was carried out by non-shareholders who did not have any business being there in the first place,” he said, according to the statement.

“I went out and spoke with the protesters and it turned out that there was no shareholder amongst them and therefore they could not gain access to the meeting. I told them that if they were shareholders, they would have known that the right way to raise their concerns about Oando is to officially write to the company secretary. The protest did not disrupt the meeting in any way.”

The statement claimed that there is a speculation that the protesters may have been paid to disrupt Oando’s AGM, as their protest was short-lived and achieved nothing.

“This paid protesters stunt is in line with recent activities that seem determined to damage the Oando brand, remove Wale Tinubu and destroy the company for personal reasons,” the oil firm said.

MAN IN POLICE NET FOR CATCHING HIS WIFE WITH LOVER

NNPC TO SHUT DOWN REFINERIES – BARU