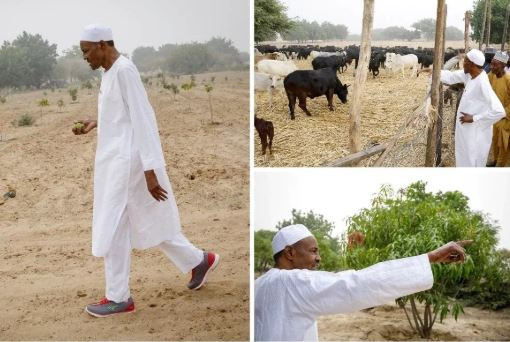 The Presidency has just issued a statement to address what it describes as the ‘recent unhelpful comments regarding the plan to stop roaming of cattle herders with the attendant clashes with farmers’.

According to Garba Shehu, “Ruga Settlement” that seeks to settle migrant pastoral families simply means rural settlement in which animal farmers, not just cattle herders, will be settled in an organized place with provision of necessary and adequate basic amenities such as schools, hospitals, road networks, vet clinics, markets and manufacturing entities that will process and add value to meats and animal products.

Beneficiaries will include all persons in animal husbandry, not only Fulani herders. The Federal Government is planning this in order to curb open grazing of animals that continue to pose security threats to farmers and herders.

The overall benefit to the nation includes a drastic reduction in conflicts between herders and farmers, a boost in animal protection complete with a value chain that will increase the quality and hygiene of livestock in terms of beef and milk production, increased quality of feeding and access to animal care and private sector participation in commercial pasture production by way of investments.

Other gains are job creation, access to credit facilities, security for pastoral families and curtailment of cattle rustling.

Stripped of the politics and howling that has attended the recent comments, there is no government plan to seize state land, colonize territory or impose Ruga on any part of the federation. Government has made it clear time and again that the programme is voluntary.

So far, twelve states have applied to the Federal Ministry of Agriculture, making lands available for the take-off of the scheme in their states. This number is sufficient for the pilot scheme.
Unfortunately, some state governments that have not signified interest in the scheme and, therefore, are not on the invitation list have been misleading people that the Federal Government is embarking on a scheme to take away their lands.

Mostly, these are state leaders that have no explanation to offer their people for continued non-payment of workers’ salaries. It is true that government at the centre has gazetted lands in all states of the federation but because the idea is not to force this programme on anyone, the government has limited the take-off to the dozen states with valid requests.

We urge states to join the Federal Government at the centre in encouraging all sides to these conflicts to make efforts towards finding a peaceful resolution. As we seek a permanent solution to these unwanted conflicts, efforts must be made to ensure that no innocent person faces any kind of deprivation or loss of right and freedom under our laws.

The Ruga in FG’s RUGA