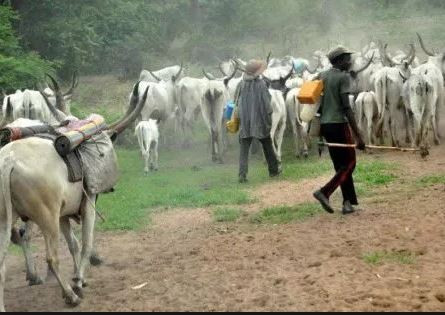 Whilst pondering what the week might look like in terms of workload, I thought about the need to add my tiny but trouble-seeking voice to the raging debate on Ruga, the planned settlement of the Fulani herdsmen by the federal government in states of the federation.

First, I’d like to establish that the word “Ruga” has some dictionary meanings that either lean towards the original concept of Ruga by the federal government or exacerbate the fears being nursed by people, who loathe it. It depends on where you stand.

Ruga as a word originates from Latin and means “wrinkle, crease, or fold in one’s stomach. For instance, “My stomach is full of rugas!”

Ruga can also mean “The intense need to squeeze someone out of frustration, i.e, “I want to ruga you”. Of course, it is also an Estonian household name.

In the northern hemisphere, the meaning the proponents of the idea would rather run away from is, “to dominate”. It could further mean ‘fast’ or ‘with speed. But the most comfortable of the meanings, to the authority, is that Ruga is “a place of settlement or dwelling place” of the Fulani.

The Vice Chairman of the National Food Security Council and Kebbi State Governor, Alhaji Abubakar Atiku Bagudu, at the weekend allayed fears that the federal government was planning to acquire lands and clandestinely settle Fulani herders in other parts of the country.

Bagudu, who gave a rather interesting explanation of the whole idea, struggled to douse tension over the planned Ruga settlement for Fulani herdsmen, when he said contrary to some insinuations doing the rounds, the Ruga intervention was an initiative designed to assist in improving the living conditions of the Fulani herdsmen in places that they currently live across the country.

Insisting there was nothing to fret about, the Kebbi governor, who argued that the initiative transcends just extending help to the Fulani herders, posited that the national food security council was also concerned about farmers, fishing communities and pastoralists.

For each of these groups, he explained that the federal government was already exploring the different ways to support them even as he mentioned that over N23 billion had already been spent to support farmers alone. Wow!

According to a THISDAY report, when asked specifically if the idea did not include acquiring lands, he said, “No. Absolutely, no! The government is just going to – just like saying these are Fulani villages. They are currently living in these villages but in the entire place, they don’t have water. They don’t have veterinary services. They don’t have schools.

“We want to encourage these communities to remain in one place; to modernise their activities. We might as well, even if it is on private scheme start so that we can see the efficacy of the modern life. This is the beauty of it; it is not a grazing reserve.

“It is not a colony. It is like the federal government coming to Kebbi State and saying, ‘show me where your Fulanis are and, I show them and they found out that they don’t have water, schools and they don’t have everything that the government is providing elsewhere.

“We are saying okay, let’s have a pilot scheme. Let’s try to provide all these since we’re recognising their challenges. We are not rewarding them; we are not bribing them. We are not giving them money.”

Defining Ruga, Bagudu said, “Let me tell you – I don’t whether you know what Ruga is. If you can go to any state in the north or a place filled with Fulani, you go near a village or a town you will see Fulani settlements. I am sure you have seen one or two.

“We are saying, for example, if you go to Oyo, maybe you will see where Fulani are staying and the people in that community are okay with it. That is a Ruga. That is where they stay. But like I said earlier, the important element is that, the place must be accepted by the original people, whether it is in Kebbi, Sokoto or Oyo. It must meet with the acceptance of the communities.

“So, the key thing is, if that is the case, and those people have animals in that location, then, it seems sensible to support them with water so that they don’t go in search for water. It is that search that can cause a problem, for example.

“Ruga has a sense of legitimacy, where the Fulani are settled,” he said, noting that they are mostly accepted by host communities that are okay with the Fulani.”

I’m sure the federal government is not oblivious of the constitutional provisions about land ownership and control hence Bagudu’s emphasis on “not acquiring land” is the loudest. But I have a problem with the approach.

Bagudu said this is all about improving the lot of the herders in their current location in order for them to feel among and live decently. However, I’d rather such an initiative was sold wholesale to the state to buy into, push and operate even if the funding came directly from the federal government.

In fact, this for me, is an indictment on the states, if on their own they could not provide the said basic needs for a people, who live in their states, no matter how remote their location is to civilisation. The states are by every definition a part of the problem if this is true.

But since there is no land in the states that is “the federal government’s” and specifically for herdsmen, then running Ruga with seeming emotional attachment to the Fulani, elicits some eerie concerns about the sincerity of the projects and those who worry do so deservedly.

Now, this is admitting that these herders need help and help is being considered genuinely. But when last did government rise up to the needs of other ethnic nationalities that reside in parts of the country other than their original place of origin in the fashion it is pursuing Ruga?

Don’t these other people have challenges and need help too? Oh, they are not taking up arms, so, they pose no threat? The point is, when special attention is extended to a certain ethnic group, in a society like ours, more so by the federal government, it is bound to attract insinuations and sincerely so.

Besides, we cannot forget to point out that in a sense, these herders are private business owners, thus, rushing to set them up with so much money at the expense of the rest of the country is suspect and not engendering good neighbourliness. It just does not sit well with the rest of the country. Or are they going to be sharing the cows for free since the money is ours?

Another area government has not sufficiently cleared when conceiving the help for these nomads is that a majority of them are not even Nigerians and when you attempt to settle wandering armed strangers from Mali, Senegal, Cameroon, Niger, Chad and others in places that are not theirs, just because only you speak and understand their language, how is such an integration going to be smooth? Even the amalgamation of Nigeria herself has refused to sail since 1914, so, is this going to be automatic?

In any case, I do not believe that government was going to confess it had any ulterior motive about the Ruga project if it did, regardless of the explanations being offered by all and sundry. But I agree there is a need to help the “Nigerian and legitimate” herders.

I share the sentiments of those who worry about integrating strangers with animalistic tendencies into their midst in view of their recent atrocities. And like Bagudu said, acceptability by the host communities is the number requisite condition for Ruga to thrive. So, nobody can bamboozle anybody and compel him or her to live with strangers.

For me, therefore, the missing link, is how to marry these crucial but obvious inadequacies in the plan and smoothen the ruga (folds) in their Ruga (settlement project) in such a way that does not raise mutual suspicions but helps to ruga (squeeze out) the herders from their current state of pity otherwise the idea poses more challenges than the solutions it currently seeks if ‘force’ is the language the federal government intends to speak to the states.