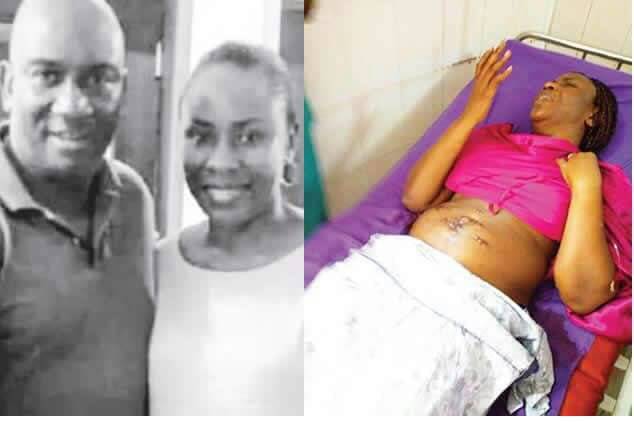 The police have established a case of premeditated murder against the 47-year-old lawyer, Mrs Udeme Odibi, who allegedly stabbed her husband to death in Lekki area of Lagos.

The Commissioner of Police in Lagos State, Edgal Imohimi, told newsmen in Lagos that the police was awaiting autopsy report on Mr Otike Odibi, who was allegedly stabbed to death by his wife.

Udeme was accused of ripping out her husband’s intestine and genitals with a knife at Diamond Estate, Sango-Tedo, Lagos.

According to the CP, police investigation revealed that the couple had been having issues bordering on accusations of extramarital affairs.

“Investigation also revealed that the suspect had sent a WhatsApp message to her sister-in-law, complaining about her husband and asked her to pray for them and equally ask God to forgive her.

“The suspect, in her statement, confessed to the commission of the crime and also called her mother that she has killed her husband.

“The suspect had hit her husband with a frying pan before stabbing him severally with a knife. The victim also called to inform his sister that the suspect had been threatening to kill him.

“The police found out that the suspect didn’t call for help. It was a premeditated murder as the suspect had just bought the set of knives used in committing act which had been recovered.

“It was revealed that the suspect had packed her certificates and made arrangements to travel to the United Kingdom on Thursday, May 3 by 5am through Virgin Atlantic Airline,” he said.

Imohimi added that autopsy was underway at LASUTH by a team of pathologists, while forensic analysis was being compiled and would be made public later
Related Topics:
Up Next

I Distrupted Ekiti Primary Election To Save Democracy – Demola Oosha