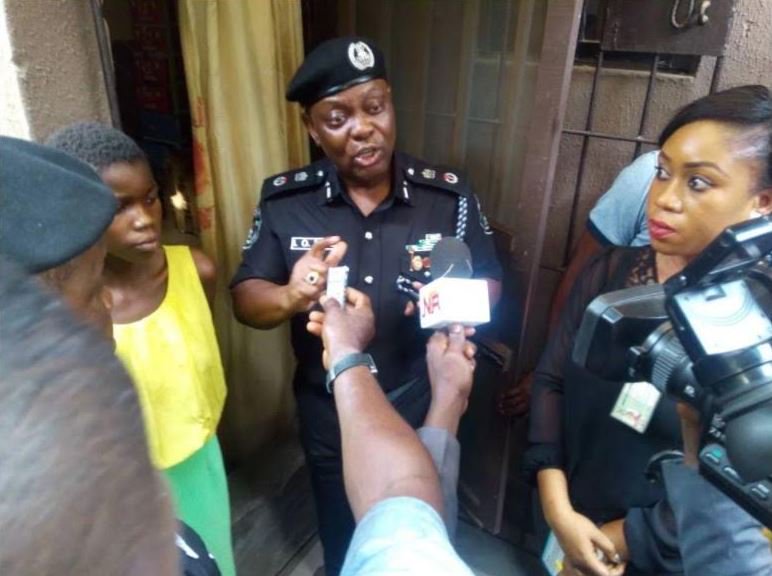 An 11 year old girl, Precious Nwafor, was yesterday rescued by men of the Lagos state police command from her guardian’s apartment.

She had been locked up without food.

Commissioner of Police, CP Edgal Imohimi, who led his team to the house located at No.12 Baderin street, Mafoluku, Oshodi in Lagos. ordered that the iron burglary barricading the entrance to the living room be cut open.

A statement by command spokesperson, SP Chike Oti said that the CP’s attention was drawn to the girl’s plight by neighbours.

Imohimi, while addressing members of the press and a crowd, urged everyone to be their brother’s keeper and to report any wrong observed in their vicinity to the police.

Nwafor, an Anambra state indigene from Umunze in Orumba LGA, was handed over to the Social welfare department of the Lagos state government.

The CP however directed the Divisional Police Officer Makinde to arrest the guardian of the child for prosecution.