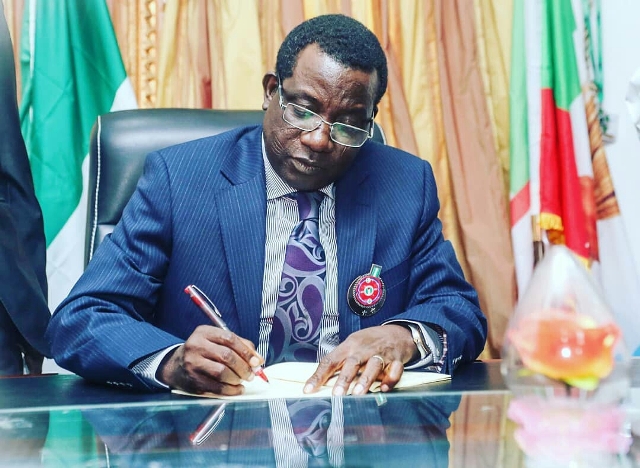 Mr Dashe Arlat, the Chairman, Plateau State Internal Revenue Service (PSIRS), made this known in an interview with the News Agency of Nigeria (NAN) in Jos.

Arlat said that revenue collected during the period was the highest ever in the history of the service.

“Looking back at what (N2.5 billion) we generated during the same period under review in 2017, we have an increase of about N600 million this year, ’’ he said.

Arlat described the collection as very huge and encouraging and attributed the development to the renewed vigour of Ministries, Departments and Agencies (MDAs) and staff of PSIRS in the New Year.

According to him, the MDAs and PSRIS have been holding series of workshops and stakeholders meetings toward better and workable means of improving the revenue collection of the state.

He said that the feat was achieved due to tremendous improvements in collection of the Pay As You Earn (PAYE) and levies and charges by the MDAs and the PSIRS.

The chairman gave the monthly analysis showing January as having the highest collection of N1.27 billion, February N828.65 million and March N997.22 million.

“At the beginning of the year, we set a target of nothing less than a N1 billion as our monthly Internally Generated Revenue (IGR) toward strengthening and improving government’s provision of basic social amenities to the citizens of the state.

“As it is now, with what we have so far generated, we have gotten there and we hope to improve on it as we move on in the year,’’ Arlat said.

He said that the staff of the ministry of tourism had been going out to ensure that all hotels, events centres, drinking spots and viewing centres, among others, were duly captured and registered for payment of taxes and levies.

Arlat said that all other MDAs would soon follow suit, especially the ministry of lands and physical planning.

He said that the ministry was expected to start collection of ground rents, having almost concluded the numbering of houses within the Jos-Bukuru metropolis.

The PSIRS boss commended members of staff for their dedication to duty and for working under some difficult conditions.

He said that the response from the tax payers in the state had been very encouraging and appealed to them to continue with that display of patriotism.

Arlat said that once tax payers fulfilled their civic responsibilities to the government, the government would equally reciprocate by providing the needed social amenities to the citizens as dividends of democracy. (NAN)

Aregbesola has kept his promises: Ooni of Ife