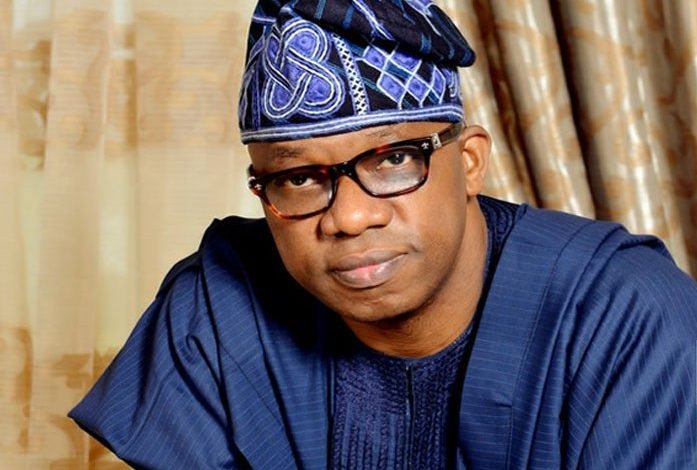 One wouldn’t have bothered his or her head over the fake news which recently hit the social media space about the the spurious allegation that the Ogun State governor, Prince Dapo, was arrested and jailed under the name of “Shawn Michael Davids” during his stay in Miami, Florida, USA, but a maxim that if a lie is told repeatedly, it may have colouration of truth, necessitated this piece in order to put the record straight.

Politics is in the air, fake news makers are at it again! A discerning mind would decode the motives behind such a baseless write up.

The sponsors and promoters of the news conjured a story that the performing governor of Ogun State was arrested and sent to jail for forgery, grand theft and credit card fraud. What a lie from the pit of hell!

No doubt, this campaign of calumny is the handiwork of Governor Abiodun’s arch antagonists, who are looking for every crooked way to drag the name of the governor in the mud.

They are dazed by the sterling performance of the incumbent governor and how he has changed the face of governance in Ogun, therefore, they have decided to devise a satanic way to dent the soaring image of Prince Abiodun.

The feeble attempt at discrediting the governor is all about second term of Abiodun, which can only be determined by the eligible voters in the state.

The governor, since his inception into office in 2019, had demonstrated his readiness to change the narrative in governance.

Despite the effects of COVID-19 pandemic on finances of the state, Ogun has witnessed unprecedented development and economic turn around. From housing to health, agriculture to education, forestry to works and infrastructure, youth empowerment to job creation, and so on, Governor Abiodun has used his Midas touch to espouse new lease of life into the sectors.

One wonders where the traducers were when President Muhammadu Buhari paid an official visit to the state to inaugurate landmark projects? Where were they when the president rained accolades on the governor for his ingenuity and prudence, in delivering world-class projects? In fact, President Buhari declared that he was awed by the aesthetic and solid work done on Ijebu-Ode-Mojoda-Epe Road.

He equally expressed his joy over the reconstruction of Siun-Sagamu Interchange expressway, while the housing projects in Kobape and Abeokuta, drew same applause from Mr. President.

Across the state, Dapo Abiodun, has spread the projects in accordance with the needs by the locations. His inclusive approach to governance has enhanced his acceptance and decimated the opposition.

The faceless sponsors of the fake news and peddlers of calumny campaign, realized they can’t match the speed of the governor, and they decided to concort a blatant lie and spread unfounded rumour to taint the image of the governor. Such cannot hold water! It is like building something or nothing.

If the allegation was true, why has any credible news media (print, online and electronic) not published or broadcast the news? That shows the news was a deliberate ploy to call the governor a bad name.

The governor has, however, remained undaunted by this rumour, but continued to focus on his mandate as the number one citizen of the Gateway State.

The governor has been contesting elections before 2019, he was never disqualified by any electoral body for fraud? Even in 2019, he was cleared by the INEC to contest for public office. Why would someone or group of people just wake up and design a web of lies again a performing governor?

It is crystal clear that the malicious news was politically motivated. It is bound to fail and it has failed! Mr Project is rather spurred by the fake news to deliver more dividends of democracy to the good people of Ogun State.

To the traducers, rather than working to bring the governor down and set Ogun on retrogression, they should join hands with the governor to move Ogun ahead. Ogun is today, the highest with the Foreign Direct Investment in Nigeria, courtesy DA’s various business friendly policies.

The Cargo Airport is set to be delivered as scheduled, while intermodal bus transport system is about to berth in the state.

Dapo Abiodun as the captain of the ship is steering and navigating excellently to the joy of Ogun people, people with anti development tendencies should know by now that the governor and his team is a moving train, running against will only be suicidal.