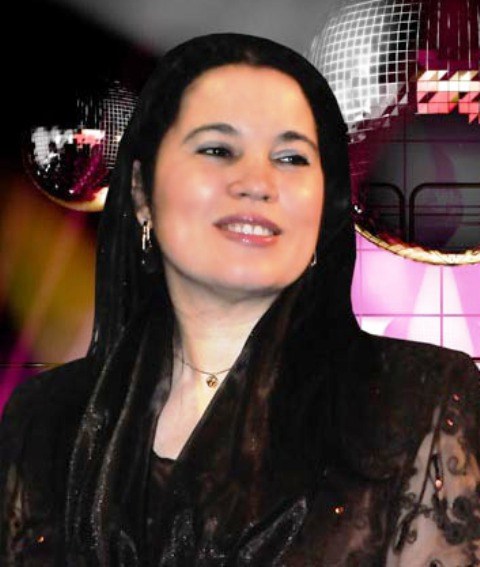 She became born a again Christian at the BLW Campus Fellowship in the late 1980s at the then Edo State University, Ekpoma.

They got married 24years ago in Lagos and their union is blessed with two daughters; Sharon and Charlyn.

Besides the ministry’s daily devotional, Rapsody of Realities which is now in over 250 languages all over the world, Anita has written many Christian books with her husband like: Don’t Pack Your Bags Yet, Confession For Living, a Handbook For Success Living, Unending Springs of Joy and many more.

Pastor Anita was a member of the Central Executive Council. The Executive Council is the governing body of the ministry. She was also a registered trustee of Believers Love World in the UK and most likely in Nigeria.

Anita has dual citizenship, born of a Nigerian father, Mr. John U. Ebhodaghe, OFR, former MD/CEO of Nigerian Deposit Insurance Corporation (NDIC), and a Swiss mother. She is the first daughter in a family of five.

She does not joke with her appearance as she has severally been adjudged by many as one of the best dressed Nigerian women.

Anita used to head the church in the United Kingdom and also overseas other churches there and beyond.

Before the marital crisis, she was living apart from her husband in UK with her children, overseeing the church there. She only visits Nigeria during BLW’s annual PPCF which holds in the Lagos mother church and December 7, her estranged husband’s birthday. She is a graduate of English Language from Ambrose Alli University, formerly Edo State University, Ekpoma.

News of the divorce between Pastor and Anita Oyakhilome surfaced on August 29, 2014. Pastor Anita has filed a divorce suit at a UK court to end their 24-years old marriage. She said through her lawyers that she is done with Pastor Chris and there is no hope of reconciliation.

Pastor Chris who finally spoke on the divorce suit during the monthly global communion service of the church, said it is not biblical to divorce, but if his wife insists on it, he could consider it as an opinion.

Meanwhile, Pastor Anita has started her own online church; www.pastoranita.orgwhere she bares heart to millions of people on why her marriage crashed and giving hope to those going through the agony she went through in her collapsed marriage.