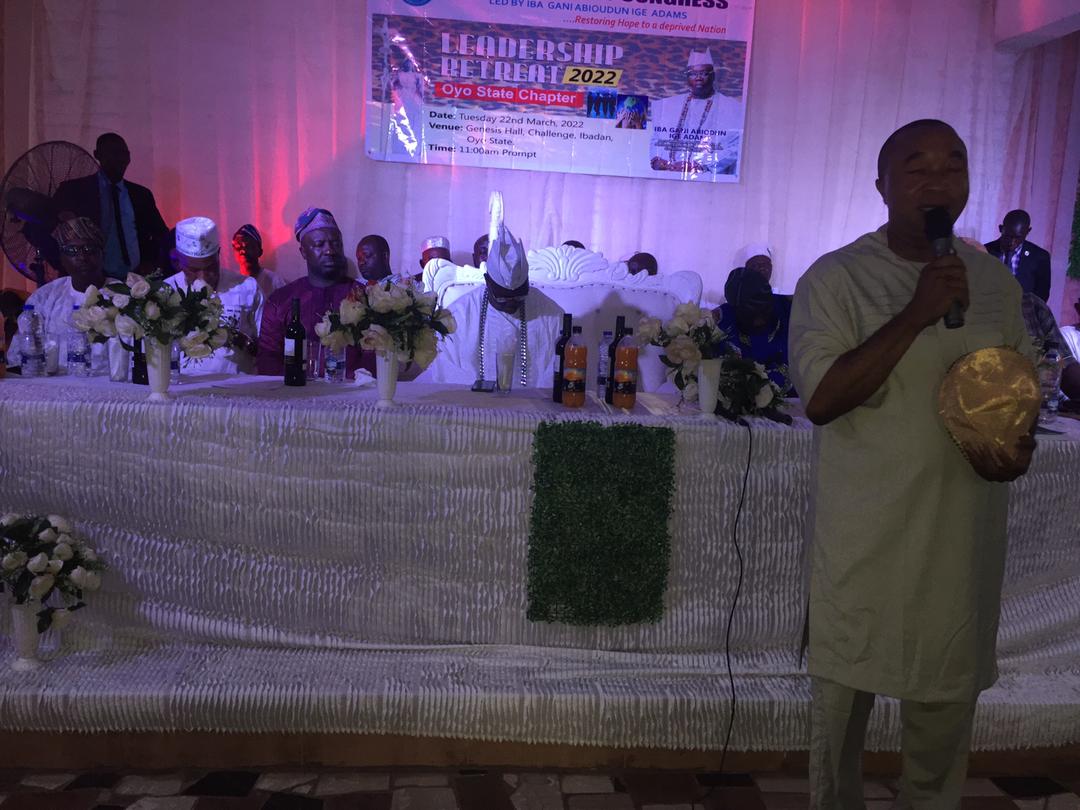 The Aare Ona Kakanfo of Yorubaland, Iba Gani Adams has promised to unite the Yorubas in the South Western part of the country and in the Diaspora as the nation moves closer to the next general elections.

The Chief Promoter of Olokun Festival stated this at a leadership retreat to educate members of Oodua Peoples Congres (OPC) ahead of the annual Okebadan Festival.

Comrade Rotimi Olumo, the Oyo State coordinator of OPC, while welcoming members and other dignitaries to the occasion, eulogized Aare Gani Adams for his leadership qualities, which according to him has brought tremendous growth to OPC and individual members.

He also urged members to take the security of their respectful areas seriously as the country moves towards the next general elections.

Aare Gani Adams however, urged members of OPC not to allow themselves to be used as political thugs during the elections.

“What we are doing is very risky and that is why we need to put in place a lasting structure that will cater for our families,” he said.

Gani Adams then urged the Federal Government to find lasting solutions to the sufferings of Nigerians, most especially “now that the economy has totally collapsed.”

He also advised the state coordinators to urgently upgrade members, who just joined the association.

Osi Aare Ona Kakanfo, Chief Gani Kayode Balogun, while speaking at the retreat, advised leaders of OPC to adhere strictly to the constitution and mission statement of the group.

Balogun also urged members of OPC not to select leaders through sentiments, but to look out for good qualities before selecting the leaders.

“I want you to know that all that glitters is not gold and that is why members should select leaders who are intellectually sound,” he said.

A guest speaker at the event, Barrister Ebisemiju Adeola urged members and leaders of the OPC to move with technological trend so that they will not lag behind in the scheme of things .

“You should all have good jobs so that politicians will not call you to be thugs because they will only use and dump you after the elections,” he said.