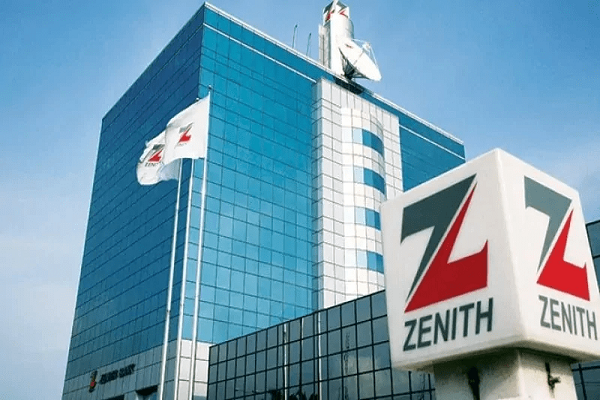 Justice Ayokunle Faji upheld the bank’s counter-claim in a suit by the plaintiffs – Adejugbe and Tonique Oil Services.

In the suit numbered FHC/L/CS/1584/2012, they had prayed the court for a declaration that the bank cannot charge interest on any facilities granted to them beyond the official approved policy rate of the Central Bank of Nigeria.

They sought a declaration that any purported interest charged beyond the CBN officially-approved policy rate by any bank is null and void.

The plaintiffs also sought a declaration that Zenith Bank is not entitled to vary interest rate unilaterally, except as otherwise agreed, which in itself must be consistent with CBN policy of every successive year with effect from when the transaction was entered into.

They also urged the court to hold that they were not indebted to the bank in any sum of money or at all.

The plaintiffs sought an order of perpetual injunction restraining the bank or its agents from selling or dealing with the properties used as collateral by the plaintiffs without first reconciling the company’s accounts.

The plaintiffs also sought an order compelling the bank to refund to them the sum of N1,842,471,801.99, allegedly being the total excess charges debited from the second plaintiff’s account, as well as N3,212,825,223.64 being the interest due to Tonique Oil.

They also sought interest on the total sum of N6,441,369,617.73 due to the company at the rate of 21 per cent per annum from the date of the judgment until final liquidation.

Zenith Bank Plc, on being served with the plaintiffs’ originating process, filed its defence and counter-claim.

The defendant, represented by Mr Sylva Ogwemoh (SAN), a Senior Partner at a commercial law firm Kevin Martin Ogwemoh Legal, said the plaintiffs’ purported expert computation did not reflect the agreed interest rate on the facilities granted to the company for the purchase of petroleum products and acquisition of two hectares of land in Port Harcourt.

The bank said it had initially taken out the sum of N2,501,270,000.00 from the plaintiffs’ indebtedness before the plaintiffs agreed to owing N6.3billion.

The defendant said it was taken aback when the plaintiffs, in a July 6, 2015 letter, requested for a waiver of the N3.6billion and a restructuring of the balance sum of N2.7billion for a fresh loan payable over 10 years without interest.

According to the bank, the request and the suit were part of the plaintiffs’ ploys not to repay the debt.

Zenith Bank, therefore, made a counter-claim, praying the court to order the plaintiffs to pay the debt.

Justice Faji agreed with the bank and entered judgment ordering the plaintiffs to pay their admitted debt.

The judge dismissed the plaintiffs’ suit in its entirety and granted Zenith Bank’s first relief in the sum of N6,382,334,421.04.

The court further granted Zenith Bank leave to enforce the personal guarantee against Adejugbe and to foreclose the plaintiffs’ equitable right to redeem their property pledged as collateral for outstanding indebtedness.

The plaintiffs, represented by Lanre Ogunlesi (SAN), have appealed the judgment.