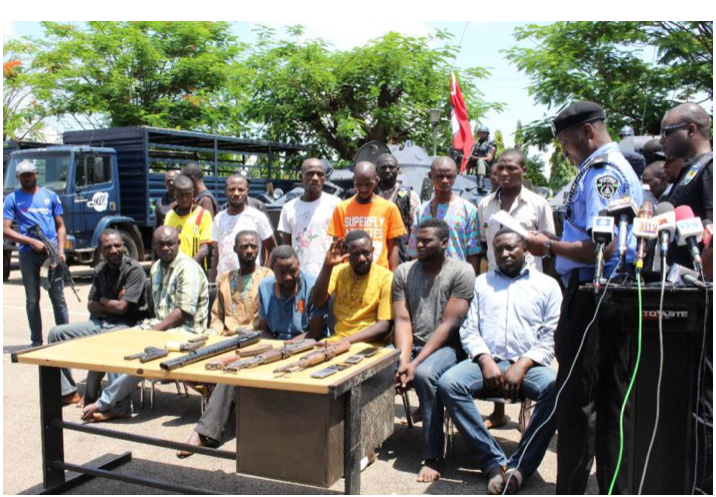 The police said they have completed investigation into the multiple Offa robbery incidents and sent the case file to the Kwara state attorney-general, Kamaldeen Ajibade, as instructed by the attorney-general of the Federation.

The police gave an update on the shocking robberies in which 31 people were killed, a police station sacked and six banks robbed on April 5.

“The Force has been waiting on the Kwara State Attorney General to take over the suspects from the Police for prosecution”, police spokesman Jimoh Moshood said today.

Ajibade, the Kwara state attorney-general is also a senior advocate of Nigeria.

Moshood gave the update in a reaction to an accusation by a member of the Kwara House of Assembly, Abdulrafiu Abdulrahman, that the police were about to treat the case of recently arrested suspects said to be dealing in human parts, the same way the Offa robbery suspects were treated.

The police then arrested Offa robbery suspects in Kwara state and took them to Abuja, where they made public confessions about their role and also implicated some politicians in the state, including Senate President Bukola Saraki.

Abdulrahman, who is Chairman of House Committee on Information
alleged that there was a plot by the Police to use the eight suspected human parts dealers, when transferred from the State to the Force Headquarters, Abuja, as instrument of political victimisation.

He alleged further that ‘the Police were working to force some of the suspects to implicate prominent clerics and top politicians in the State in the matter’.

But Moshood debunked the allegations.

He said investigation into the case is still ongoing and the Police will definitely make the outcome public.

“Any individual or group found to be connected with this heinous crime will be arrested and prosecuted. The Force has no any plan to implicate any personality in the matter and there is no any cause for any innocent person(s) to be afraid of the law. The Force will not allow itself to be cowed, or obstructed from ensuring that the dictate of the law prevails in all matters.”, Moshood said.

Oba Lamidi Adeyemi, The Alaafin of Oyo welcomes the third set of twins in 8 months [Photos]