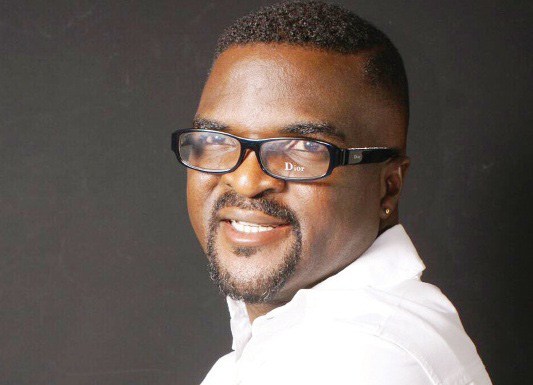 The bone of contention is a recent viral video wherein Kwam 1 shared his opinion on the ‘best governors’ Lagos State has ever produced in an apparent criticism of Mr Ambode.

“All the good things in Lagos were seen during Tinubu and Fashola’s regimes. This other ‘madman’ only does his mouth like this,” Kwam 1 who campaigned for Mr Ambode in 2015 could be heard saying in the video.

“He scammed me for three and a half years. I campaigned for him when he had nothing. Now that he has gained power and stolen enough money, he is behaving like a god. We have used “oro” cult to chase the madman away. He is not coming back. We have used the curse of life to kill him. He should go and be spending the money inside “koto” (pit). He is no longer coming. He has arrived.”

Mr Ambode on Wednesday lost his bid to seek a second term in office under the ruling APC after he suffered a humiliating defeat at the primaries. This was after weeks of tense face-off with his political godfather and ex-governor of Lagos State, Bola Tinubu, who threw his political support and structures behind another candidate, Jide Sanwo-Olu. Mr Sanwo-Olu has been declared the Lagos APC governorship candidate.

Obesere’s manager, Arems Adeniyi, during an interview in Lagos on Wednesday described KWAM 1 as a selfish artiste for wading into the political tug of war in the APC.

He said, “What I sense KWAM 1 was doing back then interfering with Ambode and Sanwo-olu, he’s used to his own selfish interest. He is a selfish artiste and we’ve known that for years, not today.

“He is man that always boasts about himself alone and not other artistes. If there is an issue between two factions of a candidate in Lagos State, Kwam 1 should be able to intercede and make peace between them not by you making a mockery of the other candidate; that was just my point. You don’t have to interfere with their business, focus on your business, which is art.”

When this newspaper asked where Obesere’s political allegiance lies, he said “Obesere is a freelance artiste”.

“Obesere is a businessman, he is not a partisan musician; he is an entertainer to the full. If PDP calls us today to work for them, we are ready. If APC calls on us, we’ll answer. We are not attached to any party or candidate. Obesere is a freelance artist; we work with any party or aspirant.

“We don’t associate ourselves with any party Ambode or Sanwa-Olu, we are for everybody, man of the masses. If Kwam 1 wants to be a politician, he can quit music and go into politics fully. It is kind of embarrassing and insulting, humiliating the number 1 citizen of the state. Instead of him being bothered with Ambode and Sanwo Olu issue, why can’t he focus on his career?

“I think when he is drunk; he says things and blabs, because I don’t know why he will start saying things about the incumbent governor. He should make a redress and do what is right. And he should desist from all his evil acts.”

Mr Rasheed tagged Obesere as an opportunist “who wants to latch onto K1’s fame to get noticed by all means”.

He also advised Obesere to concentrate on his vastly diminished music career instead of using K1 in his political “yahoo” game.

Read the statement by Mr Rasheed below.

“Ordinarily, we would not bother ourselves with the usual rantings of Fuji act Abass Omorapala Obesere because K1 will never entertain such idea. But as a concerned party, we need to set the records straight hence this timely advice to Obesere.

“We can glean that Obesere positioned in his epistle to disparage the person of Alhaji Wasiu Ayinde Marshal, a.k.a. K1 De Ultimate, for no just cause. We have been watching the entertainment scene for a while and have come to the conclusion that Obesere is an opportunist who waits for K1 to either err or take an action for his voice to be heard.

“One good thing which life has taught is that the truest mark of being born with great qualities is being born without envy. This has prompted our belief that Obesere’s issue with K1 borders on envy and nothing else. Obesere should know that K1 remains a prominent APC party member in the state and as such is a bonafide stakeholder in the affairs of his party.

“Instead of Obesere dabbling into a matter that doesn’t concern him, he should as a matter of urgency concentrate more on re-jigging his dwindling musical career. K1 has done well both as a musician and a politician.

“The Czar of Fuji music has done so many hits after hits and has always remained relevant in the Nigerian music scene. Of late, Obesere’s voice and face becomes only visible when the issue of K1 issue arises. Why is this if not envy?

“While the same K1 was busy campaigning for Governor Akin Ambode in 2015, Obesere did a song that “Eyin magbale, awa ma gbadun” (meaning APC members should continue sweeping, his own people (PDP) will continue to enjoy).

“Now that PDP failed in both the state and at the federal level, Obesere now solicits patronage from the same party he had derided in the past.

“We have observed that Obesere is like a sinking man who will desperately hang on anything to go down with him. We have also observed that the hatred he harbours for K1 has not ceased despite K1 offering olive branches to him several times.”