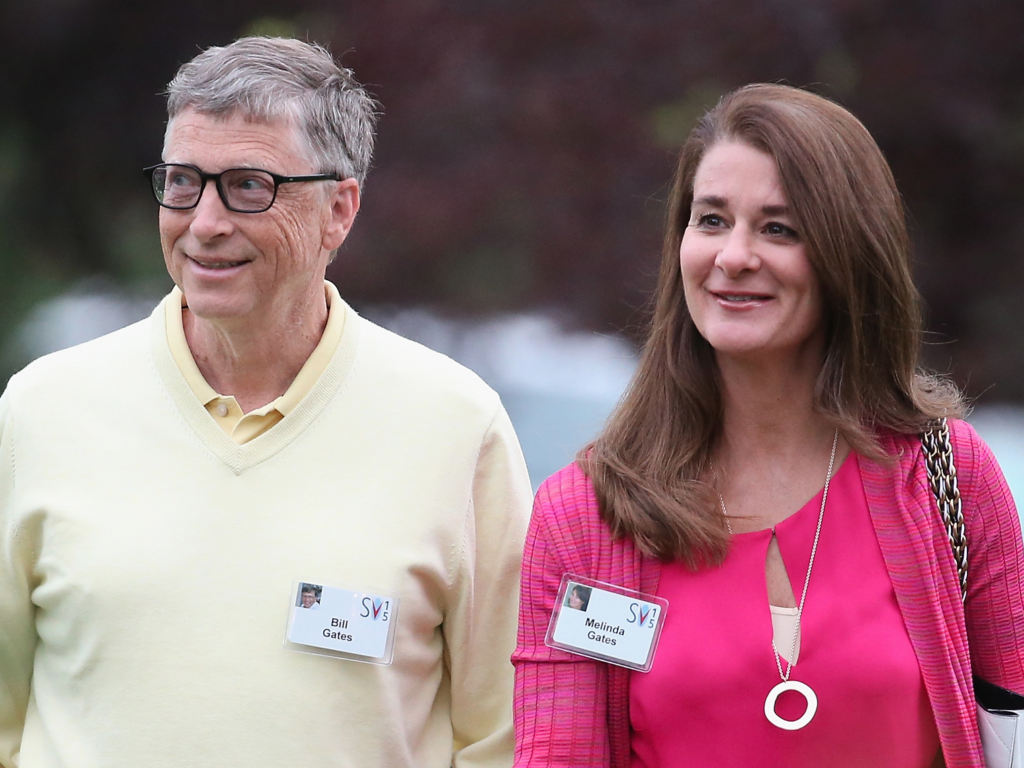 Every year, Bill and Melinda Gates release what is known as the Annual Letter, to address issues around their charity and answer some of the toughest questions about their organisation. This year, Seun Akioye looks into the letter and journeys into the mind of the richest people on earth.

The stairway that leads to the office apartments at the Bill and Melinda Gates Foundation (BMGF) building in Seattle, USA is no ordinary one. There is something about it that stops you on approach and leaves you with only two choices to make: turn back or take the challenge and begin the slow and somewhat long climb, to the top.

On every step are written words which not only define the motivation and driving force of the founders of the foundation but which are also the watchword for the about 1,000 employees that have found a reason to believe and who step into the sprawling edifice every week day.

It reads: “Cynics and Pessimists need not enter. This place is for the impatient optimists. Those who believe nothing is impossible, embrace empathy and never turn from a challenge, no matter how daunting.

“If changing the world excites you, step higher; if tackling issues with rigor is why you get up in the morning, keep climbing.”

The employees who are privileged to “change the world” with Bill and Melinda Gates Foundation often call themselves “Impatient Optimists, working to reduce inequality.” These are not mean words or overused cliché, but words of conviction backed up with thousands of “little helpers” working to change public policies, attitudes and behaviours to improve the lives of millions of poor people all over the world. And of course, backed up with billions of dollars.

Many people may assume the co-chair of BMGF, William Henry Gates 111, or Bill Gates as he is globally known only began his charitable works after he had made billions of dollars, a feat which saw him emerging as the richest man in the world for several years.

But the journey into this benevolent philosophy began over 40 years ago, when he began tinkering with computers and finding a way to make it easier for everyone to use. On April 4, 1975, when he opened the doors for Microsoft to begin business alongside his partner Paul Allen, he was fuelled by the spirit of optimism that his new adventure was going to change the world.

He was right, though it was not until August 1995 when the company launched its breakthrough product, Windows 95, that the prospects of a real global impact began to emerge. But 40 years and several billions of dollars later, Gates found another way to achieve his ambition of solving the world’s health, social and economic problems. His new solution is very much different from his world of computers; it was that which touched the most vulnerable in the world. The idea birthed the BMGF, which has since become one of the largest philanthropic organisations in the world.

“It’s not because we think about how we’ll be remembered, we would be delighted if someday diseases like polio and malaria are a distant memory and the fact that we worked on them is too,” Gates once said.

All lives have equal value

Since his retirement from Microsoft, Gates has joined his wife Melinda in the work of pursuing the vision where all lives would have equal value, through the Bill & Melinda Gates Foundation. Perhaps eager to throw off the yoke of being seen only as the “richest man in the world,” or the businessman, Gates has thrown all his passion into pursuing his goal of transforming lives, especially in the poorest regions of the world.

Every year – on the advice of Warren Buffet, who has given the most to the foundation – the Gates release a letter tagged the “Annual Letter,” which seeks to answer the toughest questions they are being asked continuously. The letter is also like an assessment of how the foundation has fared the previous year, “ a way of being accountable to the people,” says one foundation staff.

In Nigeria, the foundation has invested hundreds of millions of dollars into making life better for the poor and the unreached, through its six-pronged intervention approach which includes: Eradicating Polio, Improving Family Health, Strengthening Healthcare Systems, Improving Nutrition, Increasing Agricultural Productivity and enhancing access to financial services.

While the foundation has enjoyed tremendous success in Nigeria, it has also come under harsh criticisms, one of which is trying to impose the values and culture of the founders on the country.

“I think the answer is obviously no,” Bill said in the letter. “The idea that children shouldn’t die of malaria or be malnourished is not just our value. It is human value,” he explained.

But the Gates also realised there may be a deeper unasked question about working with the people on the ground and understanding them. “We are acutely aware that some development programs in the past were led by people who assume they knew better than the people they were trying to help. We have learnt over the years that listening and understanding people’s needs from their perspectives is not only more respectful, it is more effective,” Melinda said.

One of the cardinal programmes of the Foundation has to do with saving children’s lives through Routine Immunization (RI). On one level, this may look like a direct contradiction to the foundation’s funding of family planning programs. A tough question that has been asked is: Does saving kid’s lives lead to overpopulation?

Melinda has a perfect answer. “When more children live past the age of five, and when mothers can decide when and if to have children, population sizes don’t go up, they come down. Parents have fewer children when they are confident those children will survive into adulthood.”

But Bill is seeing the demographic dividend. “It can lead to a burst of economic growth. When families have fewer children, eventually a country ends up with relatively more people in the labour force producing economically and relatively fewer dependents.”

Melinda is also passionate about getting women access to contraceptives which can help them space their children. Currently, about 200million women worldwide do not have that access.” For the sake of those women, their children and their communities, we must meet their needs, if we deny access, we are dooming them to a lifetime of poverty, but if we invest in providing access, families will use it to lift themselves out of poverty,” she said.

In Nigeria, the foundation has worked with partners and corporations which some have criticised. But Bill is not seeing it that way, he believes much of the innovations in health and agriculture have come from the private sector. “Poor people should benefit from the same kind of innovation that has improved life in the richest parts of the world,” he said.

Through corporations, the foundation is also funding research into new vaccines, one of which could lead to breakthroughs in HIV and malaria.

Also, corporations are being funded to make existing drugs more available for the Forgotten Tropical Diseases, which affects 1.5 billion people. Also by 2020, at least 1.5 million lives would be saved when the vaccine for pneumococcal disease would be available.

It is not fair we are so rich

Unlike other billionaires; the Gates do not sit behind their mansion thanking their stars they are so rich, but consider it unfair to live in so much wealth while billions of people wallow in poverty. “No, it is not fair that we have so much wealth when billions of others have so little,” Melinda said emphatically.

It is one of the reasons they have devoted their foundation to touching the lives of those who aren’t so fortunate like them and opening doors of opportunities to them. “It is not fair that our wealth opens doors that are closed to most people. World leaders tend to take our phone calls and seriously consider what we have to say,” Melinda acknowledged

But for about 17 years now, it seems the Gates are in a hurry to give away much of their wealth back to humanity. “There are two reasons we do this, one is that it is meaningful work, even before we got married, we talked about how we will eventually spend a lot of time on philanthropy. We think it is the basic responsibility of anyone with a lot of money. Once you have taken care of yourself and your children, the best use of extra wealth is to give it back to society,” Bill explained.

The second part for him is because he has so much fun doing it. “It’s rare to have a job where you get to have both a big impact and a lot of fun,” he said.

Melinda too has an upbringing of giving- a family that believes in leaving the world a better place than they met it. “When Warren Buffet entrusted us with giving away a large portion of his wealth, we redoubled our efforts to live up to the values we share,” she said.

That value has translated to a better life for millions of children in Nigeria either through the fight against polio or those who have received renewed life through food fortification. The value shows in smallholder farmers who are able to better access financial services and the many Primary Health Centers now saving lives and the thousands of women who now make better choices about childbirth.

‘David Bako Is Fake, He’s Not A Personnel of Nigerian Army’- Army