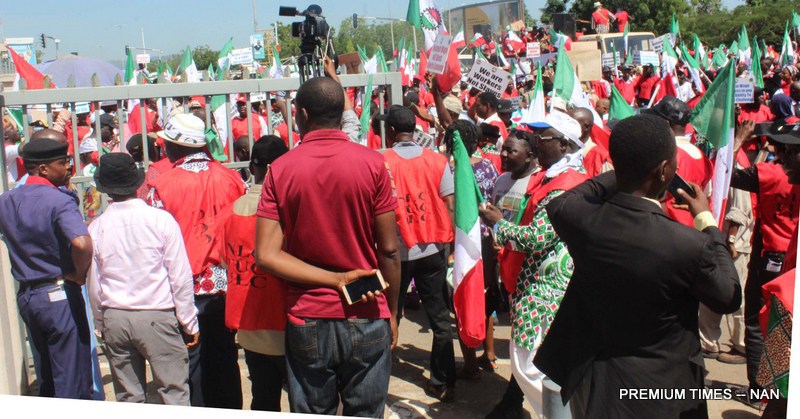 The Nigeria Labour Congress (NLC) has rejected the N27,000 new minimum wage adopted by the national council of state on Tuesday.

Peter Ozo-Eson, the NLC general-secretary, made this known in an interview with NAN.

He said the council has no jurisdiction to determine another amount after a tripartite committee had submitted its report.

“It is abysmal of government to be delaying the submission of an executive bill to the national assembly and by wrongfully adopting N27,000 through the council of states,” he said.

Ozo-Eson said the NLC has called for an emergency national executive council meeting to discuss the deadline given to government to submit an executive bill to the national assembly.

The NLC general-secretary added that the federal government was only projecting a shutdown of the economy with its latest action.

“This is because workers should not be held responsible for any development after its NEC meeting on Friday,” he said.

The national council of state issued the approval of N27,000 at its first meeting of the year.

Chris Ngige, minister of labour and employment, said the federal government will increase the approved amount to 30,000 for workers in the federal civil service.

The minister said state governors are at liberty to add to the approved amount if they so desire.