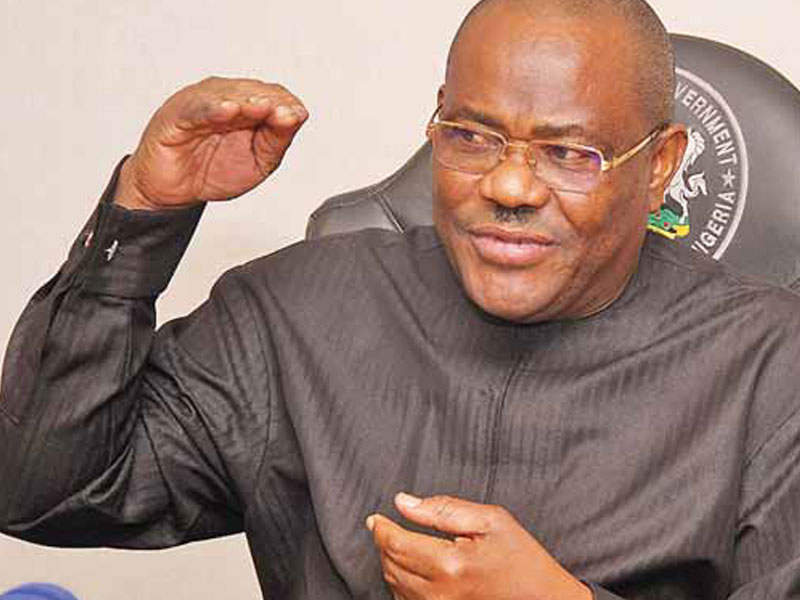 Wike, who spoke at event to mark the 60th Independence celebration, in Port Harcourt, recalled prior to the military incursion into politics the country thrived effectively under well-arranged devolution of power.

“We had democracy, regional autonomy and fiscal federalism as the guiding principles for political, social and economic relations between the central government and the constituent regions.

“No one part or region was deliberately denied against what was due to it; neither was any ethnic nationality politically and economically unduly favoured above all others by the central government.

“Above all, the regions controlled their resources and were engaged in healthy competition for development and transformation while remaining loyal to the corporate existence and progress of the Federal Republic,” he said.

He said ?though the military vacated politics over 20 years ago, the constitutional, political and economic substructures it imposed on the country especially the inherent error of the nationalization of communal land and resources, had continued to threaten the nation’s fragile peace, unity and socio-economic progress.

“And then, violence, banditry, rampant killings and insecurity continue to plague and ravage sizeable parts of our country for over a decade, destroying communities, farmlands and causing massive dislocations and untold sufferings to already desperate and hapless populations.

“Never in our history since the end of the civil war have Nigerians been so divided, despondent and distressed with prognosis that clearly point to the fact that the cracks are getting deeper in the much-strained, abused and debased walls that have managed to hold this nation together.

“As things stand now no one can really predict the future survival of this nation if we continue to maintain this nebulous, rigged and generally rejected federal system through corruption, repression and the abuse of both legitimate and illegitimate state institutions”.

The governor said leaders’ resistance to heeding the voices of reason in confronting and resolving knotty issues quickly amounted to postponing the doomsday.

“Our nation can be strong and progressive if we practice true democracy, fraud-proof electoral system, effective and politically neutral law enforcement, deepen the rule of law and enable the practical independence of our judiciary,” he said.

Wike said his administration was committed to building a state “that is home to all Nigerians and foreigners alike who desire to either reside, visit or invest and share in the social and economic opportunities on offer and in our prosperity”.

He noted that the last five and half years, he had prioritised and improved the living conditions of people with investments in the provision of socio-economic infrastructures across the state.