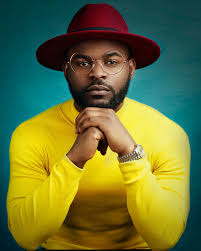 Nigerians as well as the Domestic and Sexual Violence Response Team (DSVRT) have commended rapper, Folarin Falana a.k.a Falz for addressing sexual violence in his latest music video.

DSVRT took to its official Twitter page to acknowledge Falz’s effort of speaking up about “real life issues.”

“We would like to use this medium to appreciate Falz for spreading the word on Sexual Abuse in the recently released video for his song, Child of the World.

“Together we will tackle this menace. Thank you for pointing Survivors in the direction of Help and Justice @falzthebahdguy”.

The idea of sexual abuse was well depicted by ex-Big Brother Naija housemate, Bambam and Teddy A in the music video.

She acted as the “Child of the world” who was sexually harassed by her uncle.

Also, societal pressure forced her to get involved in sexual acts with rich men to raise money to live a certain standard of life.

Some Nigerians also took to Twitter to praise the idea behind the music video, while others called on more artistes to do same.

@iambussie “In a country where we got artistes doing songs and videos just for the commercial value, it’s rare to see the kind of Falz”.

@alpha_jenner “Falz touched sexual harassment, HIV/AIDS and suicide all at once with Child of The World. So far Falz seems to be doing everything as an artist to speak against societal problems”.

@elsieisy “Our celebrities don’t speak on social issues. Let’s pay attention to the ones speaking up in an amazing way”

@ifol_ “From child of the world to this is Nigeria, to whatever the next project is, we just want you to know we your fans are proud of you”.

@t_riumphant “Cool how Falz could treat topics like rape, HIV and suicide in one video. Child of the world is lit”.

@ecstacy “Falz is touching important subjects with his music and that, my people, is outstanding”

@michealeyitayo “The message in this video is so deep and encouraging. Our society needs more musicians like you @falzthebahdguy #ChildOfTheWorld”.

“@wojayz “Falz is a great guy that uses music to communicate on real issues, #ChildOfTheWorld video is a masterpiece. Beautifully executed, I had been anticipating a video, and yes, I worried that it may not interpret the message well. Kemi Adetiba did a fantastic job”.