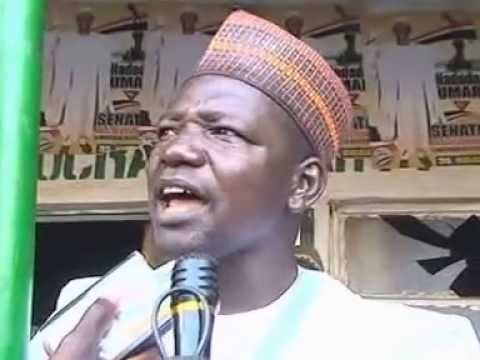 Former member representing Ningi/Zaki federal constituency of Bauchi state in the House of Representatives, Abdulrazak Nuhu Zaki has tackled the All Progressives Congress, APC, for adopting open ballot system instead of using delegates for its primaries ahead of the 2019 elections.

Speaking while fielding questions from newsmen in Bauchi on Monday, he stated that the APC is bent on using the open ballot system during primary elections as an excuse to forestall crisis arising from the party’s “failed congresses”.

Zaki added that APC is afraid of delegate system on the grounds of failing its members and Nigerians, hence the open ballot system as a cover up to deceive people that the party is just in its dealings.

He said, “We are aware of the issue of open ballot system employed by APC ahead of 2019 is to rescue the party from total drift, sliding and losing elections as it is apparently disturbed by imminent crisis in the party following failed congresses”.

The former lawmaker stressed that the APC is in a serious mess and desperate to remain in power by purportedly offering Senate President Bukola Saraki, Speaker of the House of Reps, Yakubu Dogara and other nPDP aggrieved members automatic tickets.

“The ruling party has failed to address its in-house crisis and has resorted to offering automatic tickets to nPDP members, and that justifies injustice to others that are not contesting election in the party in 2019. I personally admonish them to cancel the illegal congresses to accommodate others,” Zaki said.

The PDP chieftain stressed that Nigerians are waiting to vote out the APC in the 2019 elections as the party has failed to deliver on its promises to citizens.

He maintained that resorting to open ballot primaries indicates that the APC is desperate to remain in power.