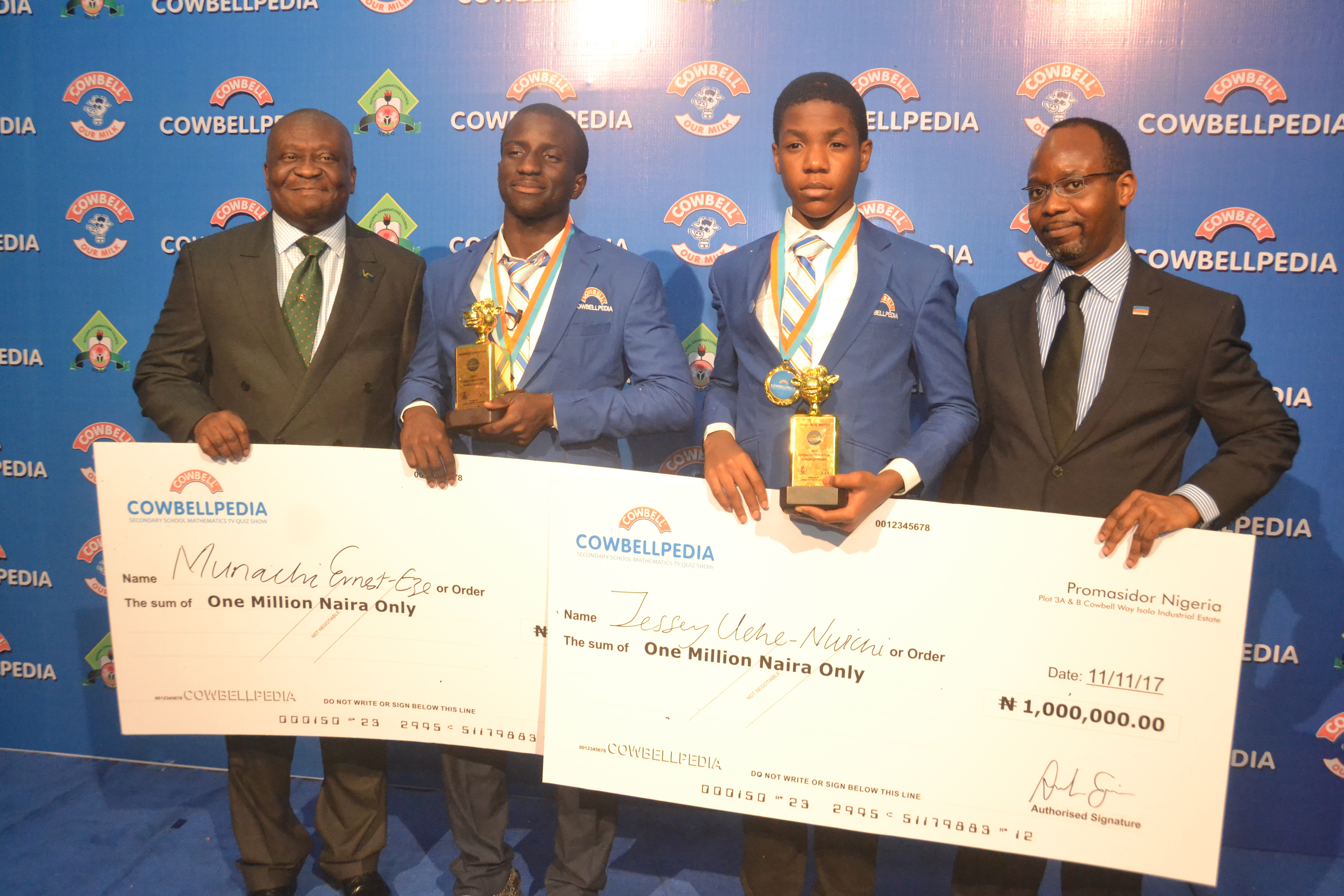 Speaking to newsmen at the finals of the 2017 Cowbellpedia Secondary Schools Mathematics Television Quiz Show in Lagos last weekend,the Registrar, Professor Charles Uwakwe said that the competition has considerably reduced the phobia for Mathematics among students across the country.

Mathematics, regarded as the soul of science, is dreaded by most students, resulting in declining performance in the subject at the examinations conducted by the major examining bodies; NECO and West African Examination Council
(WAEC).

Uwakwe maintained that the Cowbellpedia initiative has demystified the terror of Mathematics that has been killing the dreams of many students. He cited the figure for this year’s qualifying examinations as proof of the renewed interest of a lot of students in the subject.

Compared to the enrollment figures of 27,000 participants in 2015 and 46,000 in2016, 52,000 students participated in the 2017 nationwide examinations, out of which 108 moved to the second stage, which is the Television Quiz Show with five of the students having a perfect score of 100 percent.

The NECO Registrar commended Promasidor for the Cowbellpedia initiative and pledged the council’s continued technical support for the project in appreciation of what he described as “Promasidor’s great Corporate Social
Responsibility to the Nigerian society.”

Meanwhile, in the breath-taking finals,Jesse Uche-Nwichiof Graceland International School, Rivers State and Munachi Ernest-Ezefrom Loyola Jesuit College, Abuja, emerged champions in the Junior and Senior categories respectively. For their feat, they were rewarded with N1 million each and an all- expense paid education excursion outside the country.

Speaking to newsmen outside the studio, the Managing Director of Promasidor Nigeria Limited, Anders Einarsson reiterated the commitment of the company towards education and assured that Promasidor will continue to support the academic development of Nigerian children.

Bank of Industry Gives Out N5M As Loans To 100 Farmers