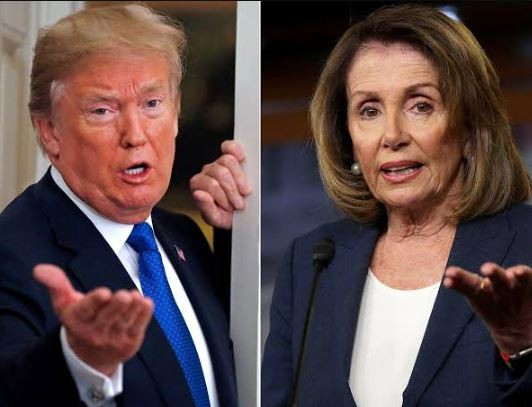 US House Speaker, Nancy Pelosi has launched a formal impeachment inquiry into President Donald Trump, which she said would now serve as an umbrella for numerous congressional investigations into the Republican president.

The Democratic leader said Trump had betrayed his Oath of Office and undermined national security.

‘Therefore, today I’m announcing the House of Representatives is moving forward with an official impeachment inquiry. I’m directing our six committees to proceed with their investigation under that umbrella of impeachment inquiry. The president must be held accountable. No one is above the law’ she stated.

Pelosi made the announcement publicly after informing her caucus privately of her decision.   She’d been under intense pressure from Democrats inside and outside Congress to move forward with impeachment, with the cupping running over on Tuesday when a new call came from former Vice President Joe Biden.

President Trump is currently in New York attending the United Nations. He returned to his penthouse in Trump Tower just in time to see Pelosi’s announcement that Democrats are seeking to keep him out of the White House permanently.

He immediately fired back on Twitter, saying, ‘Such an important day at the United Nations, so much work and so much success, and the Democrats purposely had to ruin and demean it with more breaking news Witch Hunt garbage. So bad for our Country!. Pelosi, Nadler, Schiff and, of course, Maxine Waters! Can you believe this?’  ‘They never even saw the transcript of the call. A total Witch Hunt!’