A COLOMBIAN model linked to Cristiano Ronaldo has revealed the Real Madrid forward showed off his dance moves during a romantic night out over Christmas.

Sexy Nataly Rincon broke her silence about her night with the footballer after being pictured with him during his Christmas break in Miami.

She told a TV station in her native Colombia the former Manchester United forward invited her to a Christmas Eve dinner three days after chatting her up in a restaurant.

Recalling the night they met, she said: “I was in a restaurant and Cristiano was on the table next to me.

Revealing how she dined on lobster, seafood and fine wine during her romantic meal with Cristiano, thought to have been at the Villa Azur Restaurant & Lounge, she added: “He’s very flirtatious.

“The other women in the restaurant had been drinking and wanted to get their claws into him so I said I wanted to leave.

Revealing he was a great dancer, she added: “There was alcohol, I was happy. He stood in front of me and said, ‘Look at how I dance’ and he danced in a really sensual, sexy way. It was great.

“Around midnight we gave each other a kiss. I’m not going to tell you where it was, you’d die. I’ll leave that to everyone’s imagination.”

She also claimed the footballer had told her: “I’d love to get to know Colombia.”

Nataly’s Instagram following has rocketed to nearly 60,000 fans since she was first linked to the Real Madrid striker.

Cristiano, 31, is said to have enjoyed the company of a string of women since his December 2014 split from Russian model Irina Shayk.

He has also struck up a close friendship with Moroccan-based kick boxer Badr Hari, 31.

A Portuguese TV commentator claimed after Cristiano’s Christmas visit to Miami that he had gone there to make arrangements for a second child.

Son Cristianinho, five, is said to have been born in a private clinic in the US with the collaboration of two Mexican surrogate mums. 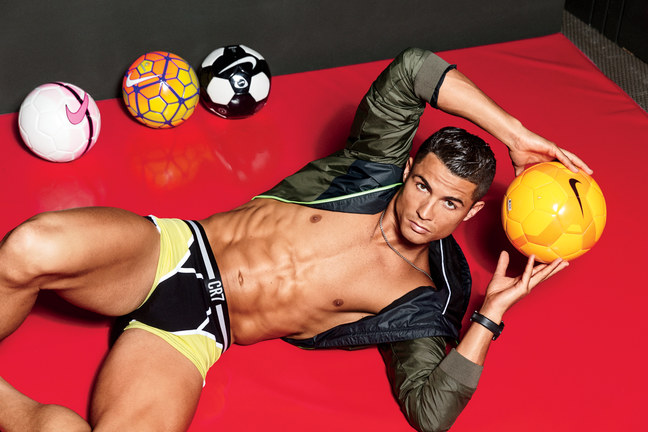 Ronaldo’s mum revealed in her approved biography she had picked Cristianinho up from a private hospital in Florida.

She also spoke in the book of Cristiano’s vow his son’s mum would never be known, prompting a family refusal to discuss whether he was born to a surrogate.