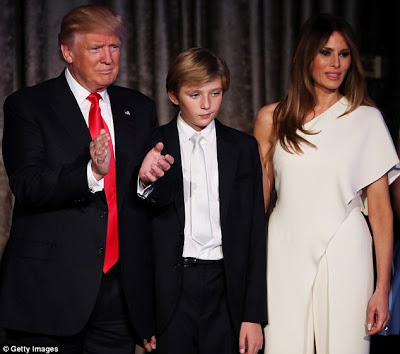 US President elect Donald Trump will move into the White House after his inauguration on January 20 2017, without his wife, Melania and his youngest son, Barron Trump. Melania and Barron are set to continue living in Trump Tower until Barron finishes the school year in June at Columbia Grammar & Preparatory School on the Upper West Side of New York City.

Donald Trump said Melania is very close to Barron, she drives him to school everyday and because they didn’t want to disrupt his studies, he will let him remain New York.

Trump also said Melania will travel to Washington, D.C. when necessary, and Donald Trump himself is expected to spend much of his time at his gilded penthouse apartment in midtown Manhattan.

Archbishop Desmond Tutu wants choice of assisted death as he turns 85. “I do not wish to live at all costs”