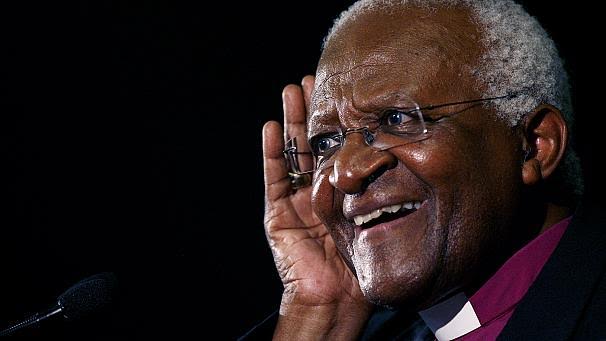 South African Archbishop and anti-apartheid icon Desmond Tutu celebrated his 85th birthday on Friday and revealed that he wanted the option of an dignified assisted death.

“Today, I myself am even closer to the departures hall than arrivals, so to speak, and my thoughts turn to how I would like to be treated when the times comes,” The former Nobel Peace Prize winner wrote in an op-ed published in The Washington Post.

“I have been fortunate to have long spent my time working for dignity for the living. Now, with my life closer to its end than its beginning, I wish to help give people dignity in dying. I have prepared for my death and have made it clear that I do not wish to be alive at all costs. I hope I am treated with compassion and allowed to pass on to the next phase of life’s journey in the manner of my choice.”

Archbishop Tutu performed mass in Cape Town on Friday. He was surprised when the choir performed a ‘Happy Birthday song for him. He paid tribute to St George’s Cathedral before laying his head on the communion table and briefly wept.

“I have indicated that when the time comes I would like to rest here, permanently, with you,” he told the congregation.

Medically-assisted suicide or voluntary euthanasia is illegal in South Africa. The Anglican church of which he’s a member is also firmly against assisted dying. Tutu has been living with prostate cancer for nearly 20 years and was recently hospitalised with an infection.

“Now more than ever, I feel compelled to lend my voice to this cause,” he said. “For those suffering unbearably and coming to the end of their lives, merely knowing that an assited death is open to them can provide immeasurably comfort.

Ordained at the age of 30, the former archbishop of Cape Town chaired the commission that investigated atrocities under apartheid and has long campaigned for human rights such as fighting against HIV/Aids, racism, sexism and homophobia.

Earlier this year he blessed his daughter’s marriage with her female partner, even though South African Anglican law does not endorse same-sex marriage.

Related Topics:Desmond Tutu
Up Next