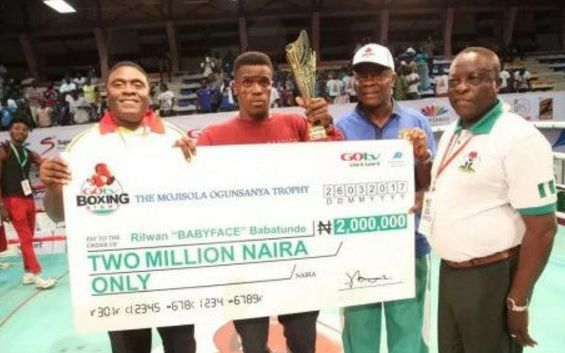 It was an interesting night filled with Technical Knockouts (TKOs), as Lagos based youngster and fast growing pugilist Rilwan “Babyface’’ Babatunde emerged the Most Valuable Boxer of the GOtv Boxing Night 11, held at Obafemi Awolowo stadium, Ibadan on Sunday, March 26.

The sensational boxer won the N2m prize money after he defeated Waliu ‘Oganla’ Arogundade in the fourth round to win the national light welterweight contest in a total of 10 minutes.

Babyface pummeled his opponent heavily, floored him twice, forcing the officials to stop the bout.

Babyface who had never won the prize money at the previous editions of the tournament also took home the Mojisola Ogunsanya trophy, an award given to the best boxer on the night.

Champions League: Barcelona is stronger than us on paper – Juventus captain, Buffon