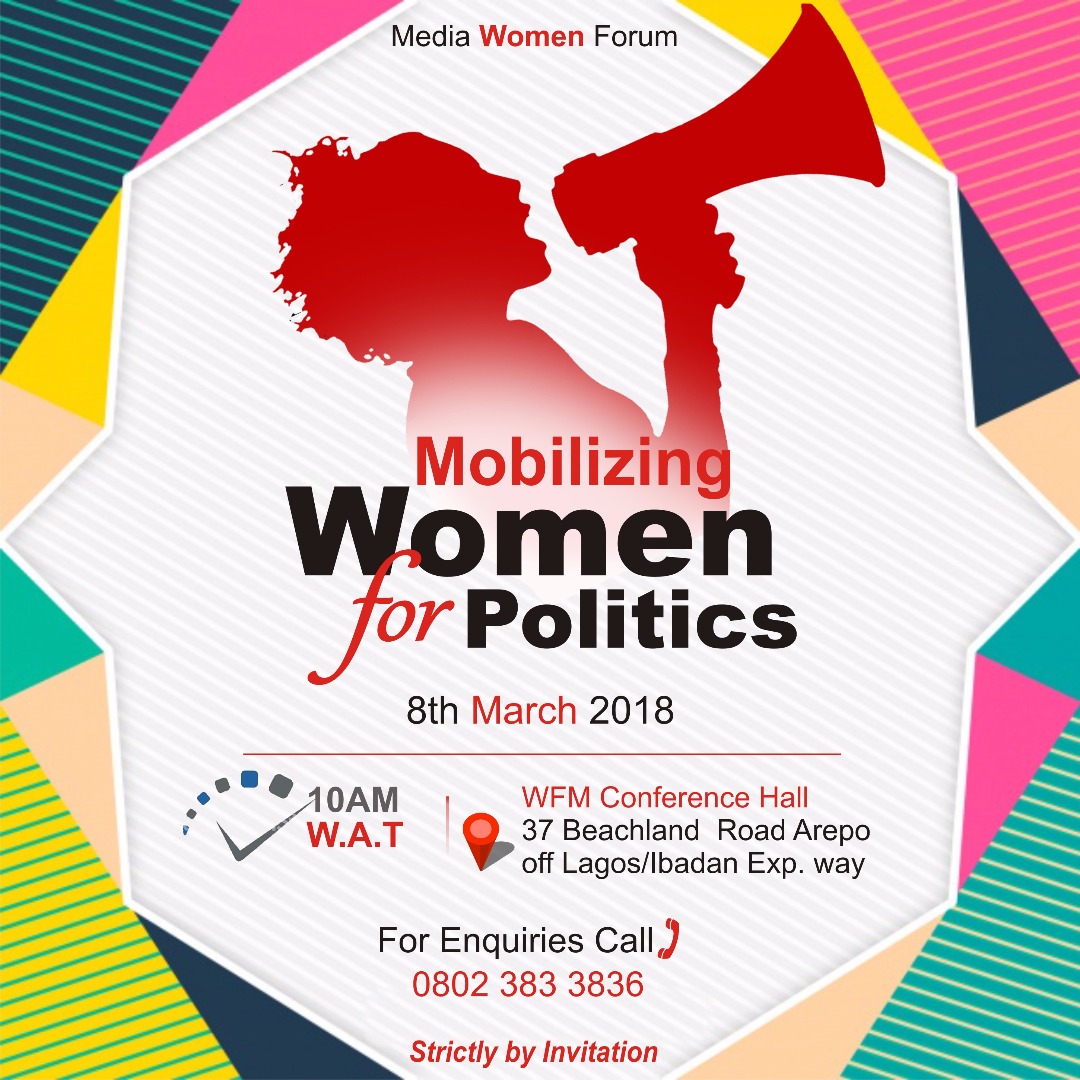 Media Women Forum is set to hold talks on “Mobilizing Women for Politics” to mark the International Women’s Day.
The event will hold 10:00am on Thursday March 8 2018, at WFM 91.7 Women Radio Station in Arepo, Ogun State. According to a press statement issued in Lagos by Janet Mba Afolabi, the Convener, papers will be presented by different guest speakers with the aim of encouraging more women to actively participate in politics because it is no longer only a man’s game. Women are finally significant players in the political game.
Expected guests at the event Include Government officials, senior media executives, broadcasters, political analysts, women leaders and members of the public
Media Women Forum was established to champion the cause of women, motivate women to be active agents of change in their communities and empower women to live quality lives. It also provides training programs for female journalists within and outside Nigeria. To achieve this, Media Women Forum encourages government and individuals to take positive actions on issues affecting women.
Media Women Forum is largely made up of female media executives who hold decision making positions and seasoned broadcasters who anchor/produce popular Radio and TV shows
Related Topics:
Up Next