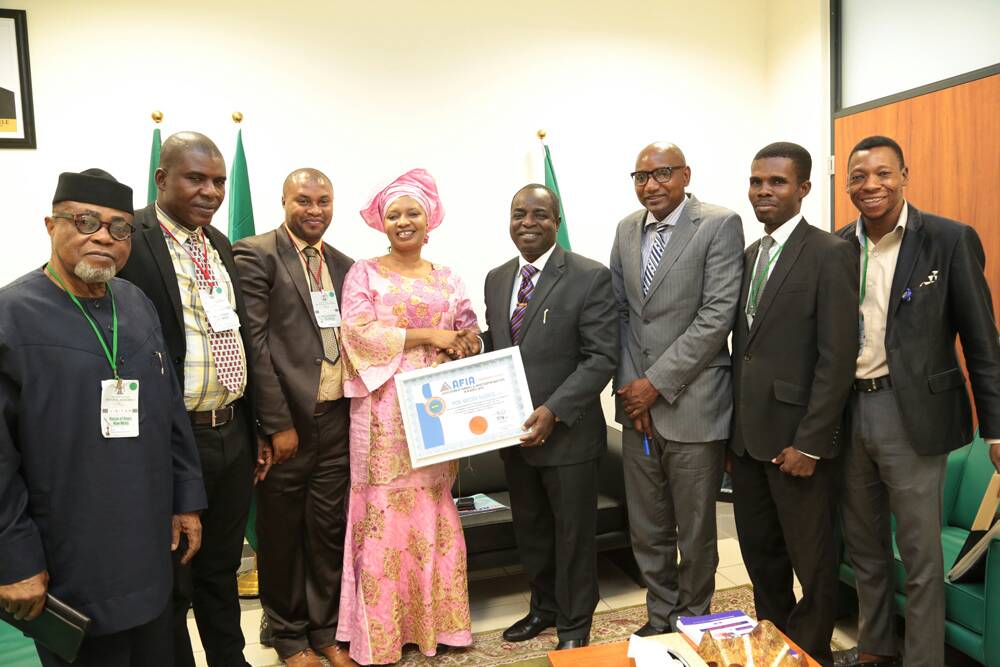 The Chairman of the House of Representatives Committee on Financial Crimes and member representing Imeko-Afon/Yewa North Federal Constituency of Ogun State at the House of Representatives, Hon Kayode Oladele has been conferred with the full Fellowship of the Association of Forensic and Investigative Auditors. Presenting the award yesterday during a courtesy visit to the office of the Chairman, the President of the Association, Dr Victoria Enape stated that the Association had intended to present the award to Hon Oladele at an elaborate ceremony when the Association held its annual dinner at the International Conference Center, Abuja last month but Hon Oladele could not attend the event due to his official engagements outside the country at the time.

Presenting the award yesterday, Dr Enape said that forensic auditing is the application of modern hitch skills to identify traces of fraud in any shade being perpetrated by fraudsters both in the private and public sectors. She further stated that using modern forensic techniques and investigation, members of AFIA are more equipped to carry out their functions as well as produce modern audit reports.

On why Hon Oladele was conferred with full fellowship of the Association, Dr Enape stated that Oladele is an outstanding counter-fraud expert, financial crimes investigator and a legal practitioner of international repute. She lauded Oladele’s performance as the Chairman of the House of Representatives’ Committee on Financial Crimes which according to her, is very commendable and outstanding. She said that Oladele’s experience is yielding fruitful results to the country in the areas fighting corruption, counter-fraud and combating financial crimes generally.

In his response, Oladele thanked the Association for the honor bestowed on him by AFIS which he described as the world’s leading forensic and investigative organization with its secretariat in Canada. He stated further that with the current spate of cybercrime and high tech financial crimes, forensic audit and investigation is the only solution to counter risk-based audit and other financial crimes both in the public and private sectors. He further stated that his committee will work with the Public Accounts Committee of the House to produce a legal framework and charter for the Association in Nigeria.