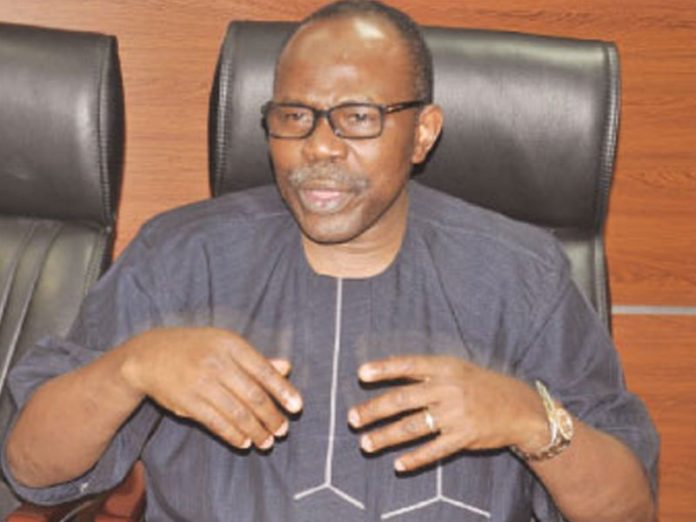 Lagos State Government has allayed the fears of a former Cabinet member in the state, Mr. Muiz Adeyemi Banire over a routine contravention notice served on a property sited at No. 24A, Remi Fani-Kayode Street, Ikeja GRA, in which the former commissioner alleged a deliberate target on his newly acquired property.

Banire had raised the alarm that the state had issued a 24-hour notice to him to produce the planning permit of the house which his mother, Alhaja Sarat Banire, resides or face demolition.

Banire who claimed he received the notice while on lesser pilgrimage in Saudi Arabia and asked to produce the planning permit of the property leased to him by the Federal Government within 24 hours, accused the State Governor Akinwumi Ambode of vendetta.

The State Government in a press statement issued on Wednesday stated that Banire was trying to be clever by half and being childish in whipping up sentiments that his dear aged mother is the target of the demand for development permit and that the said property might be demolished in 48hours.

In a statement signed on Wednesday by the State’s Commissioner for Physical Planning and Urban Development, Tpl. Anifowose Wasiu Abiola, the Government said neither allegation is a sincere reading of the notice served on the property.

The Commissioner clarified that the contravention notices that went out on Wednesday November 15, 2017 were a routine exercise served on properties identified by the state agents as operating without due permits. He said 27 properties were indeed served on that same day, 13 out of which are located on the same Remi Fani-Kayode Street in GRA, Ikeja, where Banire admitted his property was located.

“There is no way Lagos State would have had a pre-knowledge of the owners of the properties in question let alone targeted the one that Banire has identified to be his own”, Anifowose said. He added that aside the 13 houses affected on Fani-Kayode Street, there were a few others in Ikeja GRA and the rest in Ikoyi and Yaba. “The 27 properties served across the state are just the first set of an ongoing exercise embarked upon by the Ministry of Physical Planning and Urban Development to validate the records and permits of properties that have undergone ownership transfer processes. This is a routine and lawful exercise that ought not to be confusing to a supposedly learned gentleman who has had the privilege of serving in the Lagos State Cabinet for a dozen years”.

The statement said by his admission, Banire agrees that a transfer of ownership on the property he has acquired is indeed taking place and what the Lagos State law demands is a validation of this claim so that the requisite permit on the existing property; an alteration to it or a new construction, as the case may be, may be sought and obtained.

“To suggest that because the transfer of ownership from the federal government to Mr. Banire is yet to be finalized makes him a mere tenant on the property he has acquired is not only disingenuous but is an attempt that is subtly fraudulent. While it is true that every government property sold to individuals or corporate entities is released to the owner on a 99-year lease, no new owner who has bought a property from government deceives the public that he is a mere tenant to the government on an acquired property. Or is Mr. Banire a tenant to the government on the other properties in Ikeja GRA he owns in the state?”

Anifowose also described as deliberate mischief, Banire’s claim that the said property would be demolished within 24hours if the permit was not produced.

The Commissioner said according to the Lagos State Urban and Regional Planning and Development Law 2010, what a contravention notice demands is evidence of planning permit on the existing structure in order to avoid demolition of what would be deemed a contravention if such a permit is not produced within the stipulated time as required by law.

Anifowose clarified that if the owner still refuses to honour such notices; a quit notice will then be issued to the owners of any of such property identified to have contravened Lagos State building plans or failed to provide the necessary documents to back his claims. He added that even after the expiration of the seven-day quit notice, no demolition of such properties can happen till the Governor grants approval. “So,pit is patently false that any house has been marked for demolition within 48hours. This is the law that has been in existence since 2010 when Mr. Banire was still a cabinet member in the Lagos State government.”

The statement added that while it was within Banire’s right to identify with any set of cohorts that may be struggling with wanning influence and political relevance, it is a pathetic case of scaremongering to equate his untidy record keeping with political witch-hunting. It is not a sign of maturity to be crying wolf where there is none. Lagos is working excellently well for others to copy because it has stayed faithful to governance guided by the rule of law. Mr. Banire should comply with the rules and not create cheap distractions that are unhelpful”, he stated.