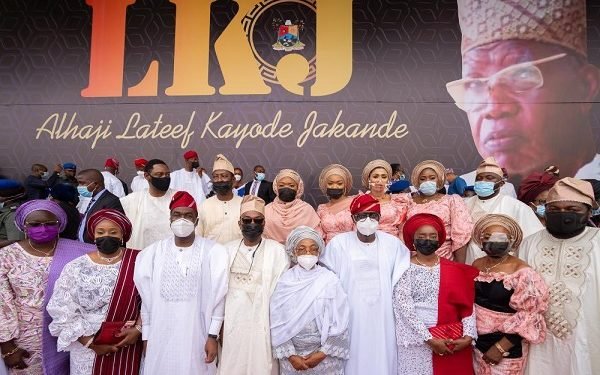 Lagos State Governor Baabajide Sanwo-Olu on Wednesday announced that the blue and red rail lines would be ready by 2022 to honour the first civilian governor of the state, Alhaji Lateef Kayode Jakande.

The governor spoke on the first day of a four-day special programme to mark the 40th Fidau for the late Jakande, who served as the first civilian of Lagos State from 1979 to 1983.

Dignitaries converged on the Mobolaji Johnson Arena, Onikan Stadium, Onikan for his Day of Tributes.

The early signal of downfall did not deter the personalities from coming out to honour a man many described as an epitome of good governance.

The event began with an opening remark by Hamzat, who described the late Jakande as a man who defined the essence of leadership.

“He was a detribalised Nigerian; he didn’t take his wisdom to heaven. He had a blueprint and left a template,” he said. 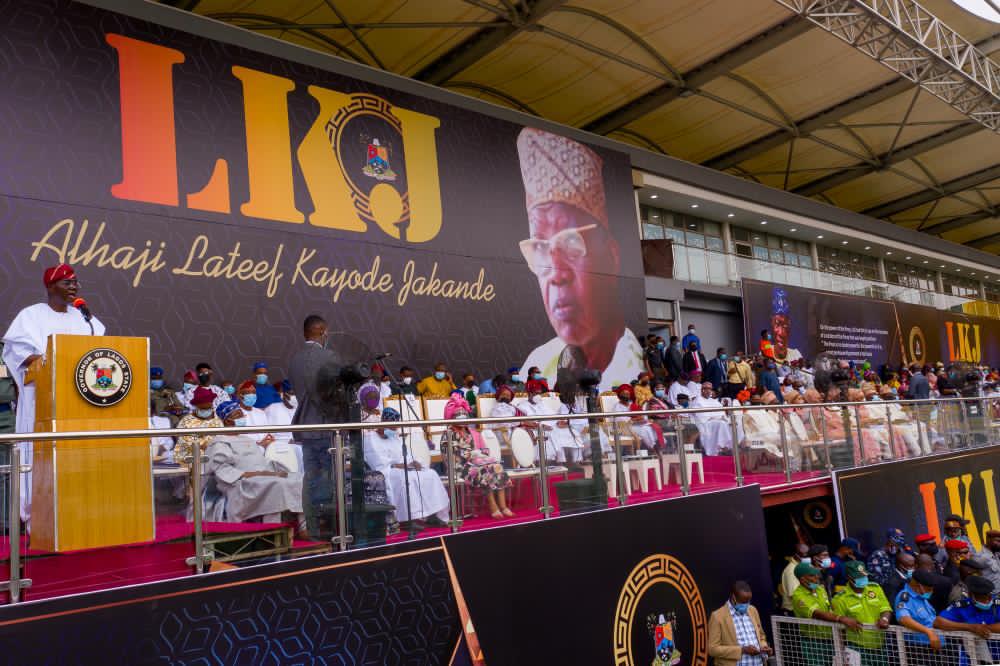 The late Jakande, he said, lived the life of what he believed and preached. According to him, his late father, the late Oba Olatunji Hamzat, served as Commissioner for Transportation in Jakande’s cabinet, which allowed him to learn from the deceased’s administrative qualities.

“He was a leader and a team leader. Lagos State will remember his free education which gave many Lagosians opportunities to go to school. LKJ was a man of many parts, a renowned journalist, detribalised Nigerian. He had a blueprint, he left a template,” Hamzat said.

All Progressives Congress (APC) Lagos Central Senatorial District’s leader, Prince Tajudeen Oluyole Olusi, eulogised Jakande for his wonderful achievements in Lagos State. According to him, the late Jakande’s legacies were too numerous to mention and would continue to be a benchmark for good governance in the country.

The Secretary to the State Government during Jakande’s administration, Asiwaju Olorunfunmi Bashorun, said that late Jakande created a lasting impression on the people.

“He was a charismatic governor; an epitome of discipline, a lover of his people, a passionate progressive who pursued whatever he believed in,” Basorun said.

A Lagos historian and former Federal lawmaker in the Second Republic, Adekunle Alli, said the late Jakande gave people that worked with him freehand but silently monitored them. 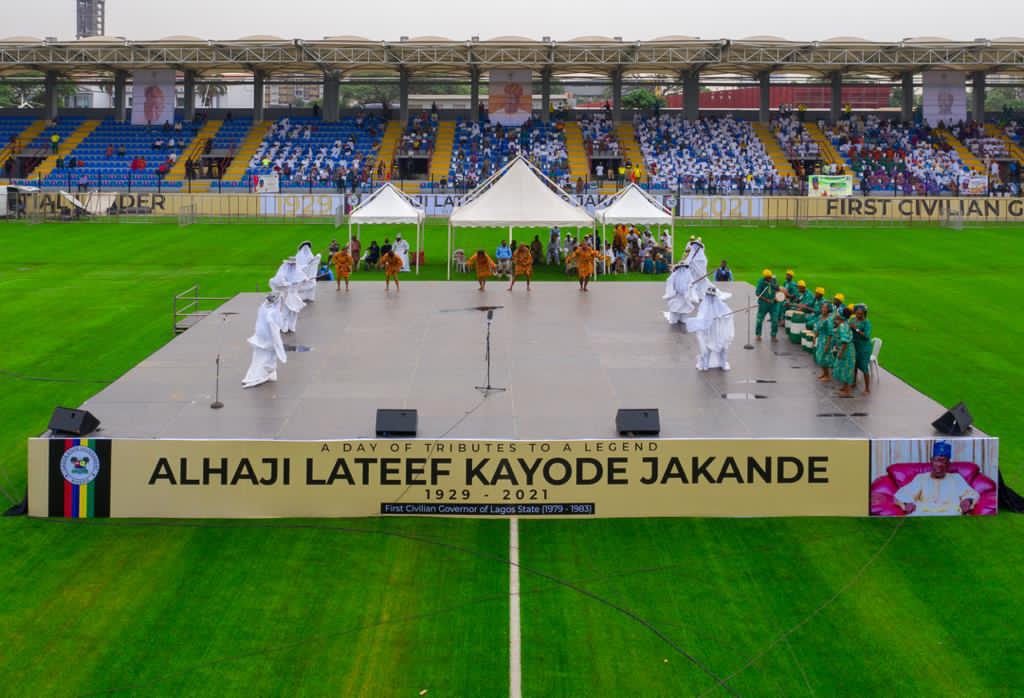 Eulogising his late former boss, Prince Bayo Osiyemi, who served as Chief Press Secretary to Jakande, said the late ex-governor was a man of honour, who kept to his promises.

Osiyemi said the late Jakande implemented the four cardinal programmes of the Unity Party of Nigeria (UPN), the party under which he governed Lagos. The late Jakande, he said, was the originator of the famous Banana Island in Lagos.

There were shorts interludes where the gathering was entertained to different superlative art performances.

Sanwo-Olu announced that the state would establish the Lateef Jakande Leadership Academy to honour and immortalise the first civilian governor of the state. The announcement received thunderous applause. Sanwo-Olu described the deceased as an ‘epitome of what we stand for today’. He said the academy would be supported by an enabling Act of the House of Assembly.

He said: “Today, we celebrate a great man, a selfless leader, a rare gem, a quintessential politician, an administrator par excellence, the first civilian Governor of Lagos State, architect of modern Lagos. A man who lived a full life; a life rich not in material things but in the things that truly matter: integrity, honour, service and character.

“Through his outstanding and unequalled achievements, Alhaji Lateef Jakande has written his name in gold. He will continue to be remembered by generations as a reference point in good governance, welfarism, visionary leadership, selfless leadership, transformational leadership and leadership by example.

“He was never one to throw his greatness and clout around; he stayed simple and humble even at the height of his achievements and until the very end.

“Jakande’s achievements as governor of Lagos State within four years and three months (1979-1983) are well documented for posterity. A careful analysis of the achievements whether in education, health, housing, transportation, environment, road infrastructure or agriculture, would reveal a leader shrewd in the management of resources, visionary, altruistic, selfless, disciplined, passionate and accountable.

“Baba was a transformational leader, who led by example. His commitment and dedication to building the Greater Lagos of our dream, a Lagos that works for all, was unequalled. He served the people with all his heart and never saw his position as a route to personal enrichment. He demystified public office through his simple and Spartan lifestyle.

“He set a standard that successive administrations will continue to strive to live up to and maintain. I can say without any fear of contradiction that Baba died a happy and fulfilled man because he was able to witness the progress that successive administrations, especially civilian governments, made with regards to actualising the Lagos of his dream: a Lagos where all citizens are catered for regardless of social or economic class, ethnic origin or religious outlook.

“The highest honour we can pay him is to continue to strive to live up to his leadership ideals and deliver the full dividends of democracy to the people.”

Deji Jakande, who responded on behalf of the family, urged the people to keep praying for the children and larger family to keep his legacies alive and honour the name.

Secretary to the State Government (SSG) Mrs Folasade Jaji delivered the vote of thanks.