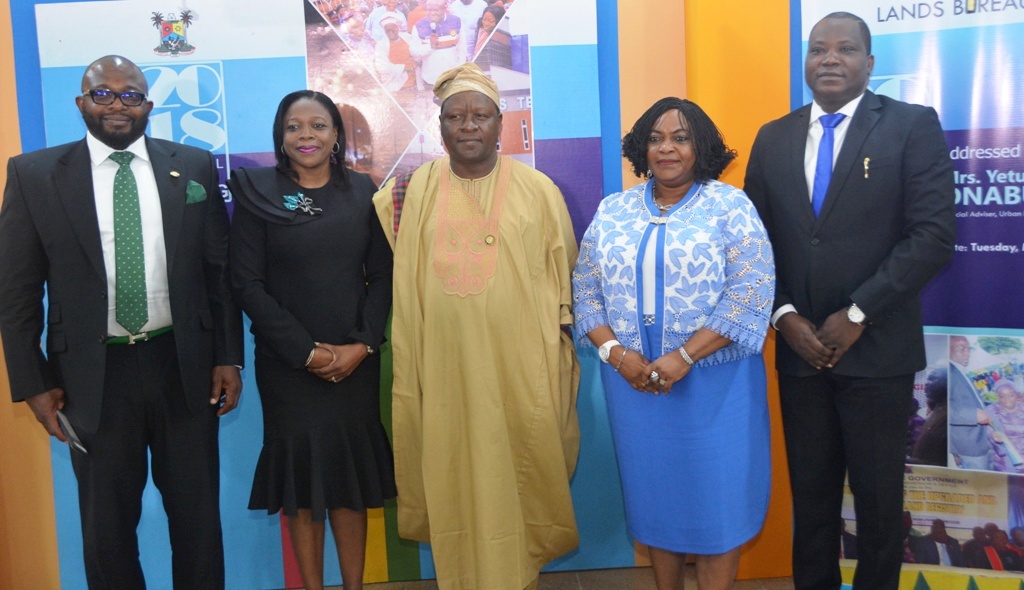 The Lagos State Government on Tuesday said it has began payment of over N11.8billion as compensation to owners of properties that had to give way for construction of roads, flyovers, ramps and other critical infrastructural projects across the State.

She listed other projects to include Mechanic Village, Gbagada Phase1, Ojokoro Specialist Hospital, construction of Freedom Road/Drainage channel, reconstruction of Agri-Ishawo Konu-Arepo Road, among others.

Onabule said that following the approval of the projects, the State’s Ministry of Physical Planning and Urban Development moved to these areas to determine the Right of Way (ROW) for the proposed projects, while the Lands Bureau carried out a reconnaissance survey and detailed enumeration of about 1,880 properties and claimants affected by the development including residential, commercial, petrol filling stations and religious centres.

“I can confirm to you that in line with the provisions of the Land Use Act 1978, which is the enabling law for the revocation of Right of Occupancy (C of O)and payment of compensation thereof in the country, interest in the affected properties have been promptly revoked and enumeration of these properties completed and payment of over N11,814,844billion approved as compensation for property owners on the Alignment/Right of Way for construction, re-construction/ dualization of roads, flyovers and ramps aimed at alleviating traffic gridlock and other forms of infrastructural development of Lagos is ongoing,” she said.

The Special Adviser added that the Governor Akinwunmi Ambode-led administration has so far lived up to expectation in prompt payment of compensation on acquired land and titles revoked for over-riding public interest, however adding that payment is done after due presentation of all necessary documents by a claimant proving true ownership of the property.

She, however, urged affected residents to speed up their verification processes and forward their documents evidencing ownership of properties, valid means of identification, four passport photographs and other details to facilitate prompt payment.

Giving its financial report for the year under review, Onabule said the Bureau generated over N10.5billion from land transactions last year, representing over 50 percent short of the N20.7billion it generated in 2016, a development she said would improve when the sale of the new land schemes begin.

“A major total of revenue we were expecting was from our scheme, however based on the policy of the government that the infrastructure within that scheme must be completed, we had to slow down, that would bring a lot of revenue to the government. Right now the sand filling is ongoing and I can assure you that once that scheme takes off, we would surpass our revenue target for 2018 including other payments as well,” she explained.

Onabule said that the quest by the present administration to ensure that Lagosians obtain title documents with ease, the Governor signed a total of 727 Electronic Certificate of Occupancy (E-C of O) in the year under review, thus bringing the number to 5, 172 of such certificates in the last three years.

She said the implementation of the Land Administration and Automation System known as Thompson Reuters Automation Solution, when up and running, would go a long way to reducing problems associated with redundant data, increase accuracy by reducing manual entry errors and ensure a one-stop shop to facilitate unhindered, secured access to land application and title documents in the State.

Besides, Onabule expressed concern on the issue of encroachment on government schemes, warning land speculators, popularly known as Omo-Onile to desist from selling land that falls under government acquisition.

“It is most disheartening to say that a very large number of Government schemes in the State are being confronted with the problem of encroachment. We as a government ave persistently advised members of the public to ensure they do proper charting and verification on properties before consummating transactions on land.