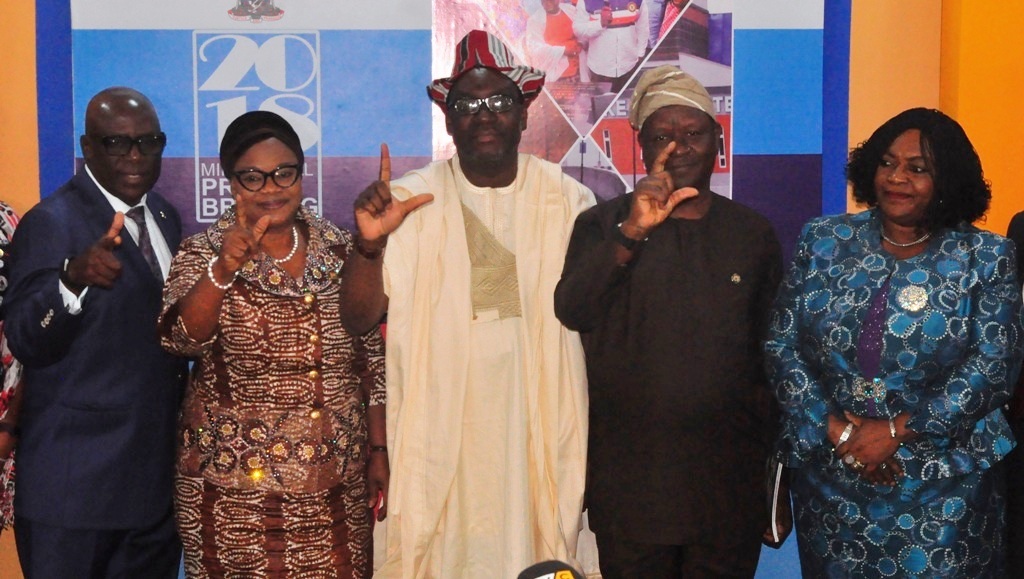 The Lagos State Government on Monday said that the State’s Tourism Master Plan has adequately captured the potentials of spiritual or religious tourism, adding that the primary concern of government was to ensure that the infrastructure and enabling environment to drive tourism development was fully in place.

Commissioner for Tourism, Arts and Culture, Mr. Steve Ayorinde who disclosed this while addressing journalists at the annual Ministerial Press Briefing to mark the third year anniversary of Governor Akinwunmi Ambode’s administration held at the Bagauda Kaltho Press Centre in Alausa, said the Master Plan, which would be ready by the end of May 2018, was geared toward showcasing the State as major tourism destination across the world.

According to Ayorinde, the long term strategic master plan, which is being prepared by Messrs Ernst & Young, will focus on six sectors including Culture and Heritage, Film, Art and Entertainment, Business Tourism, Nature and Adventure, Medical and Wellness, Beach and Leisure.

Responding to a question on if the Master Plan took cognisance of the multi billion naira generated by tourists visiting the State for spiritual purposes on a yearly basis, the Commissioner said that though not explicitly mentioned in the plan, said that every area of tourism had been adequately provided for in the document.

“If you look at the six sectors in broad terms, you will see that they have captured every area of tourism as far as business development and promotion are concerned and the interest of government is to develop the ecosystem of tourism, the practitioners, the tour operators everybody who has been involved over the years, will basically drive their businesses.

“But what government is interested in is to say that in the first two years after we have released the tourism master plan, what are the things that we need get done, what sort of policies should guise us, do we require any tweaking in the existing policies and programmes, who do we speak to, where do we seek money and who should we identify and those six pillars that our consultants have identified, frankly speaking has captured everywhere.

“Visitors, who come in for spiritual tourism, most times come for conferences, for spiritual healing and exhibition. It shouldn’t matter to the State what you have come for, what matters to the State is that visitors are coming, when they come, they see our city, they sleep in our hotels, they buy our foods, etc. So it’s all about tourism and entertainment,” Ayorinde said.

The Commissioner said that Lagos had continued to attract visitors from all over the globe due to its commercial activities and tourism potentials, adding that recently, the State was ranked as number one tourism destination in Africa for British residents ahead of South Africa and Kenya.

He added that that the plan by two top Hollywood actors to shoot movies in the State this year would further boost the State’s economy and generate employment for those in the movie business.

“Recently John Boyega, a British-Nigerian made his intention known to make a film which has a budget of about $25million (about N9billion). Also Lupita Nyong’o, a Kenyan born Hollywood actress will be shooting a film based on the adaptation of Chimamanda Adichie’s novel Americanah in Lagos and the budget for the film is even much bigger. We cannot quantify what the economic benefits of this would be.

“All these are coming at a time when Governor Ambode is doing everything possible to improve on the development of Tourism, Hospitality Entertainment and Sporting Excellence in the State,” he said.

Speaking on the proposed Lagos Museum project to be sited at the New Eko Court, Marina, Ayorinde revealed that the State has already received $400,000 out of the $600,000 grant donated by the Ford Foundation, adding that the entire fund would go into the design and preparation for the museum.

The Commissioner also said that during the year under review, the Ministry in partnership with the Federal Government stepped up its clampdown on piracy and indecent display of adult contents on the streets, saying that the government would not hesitate to prosecute those who display and patronise such materials going forward.

I Distrupted Ekiti Primary Election To Save Democracy – Demola Oosha