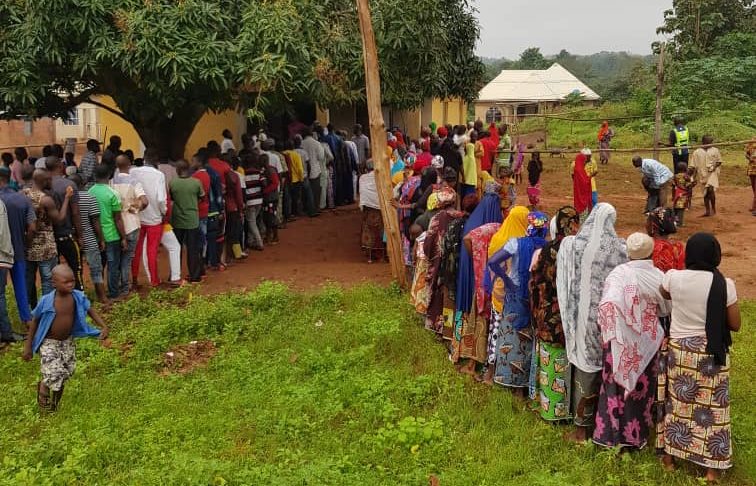 The electoral commission, INEC, has declared 30 of its staff missing.

The ad-hoc staff took part in Saturday’s Kogi State governorship election. They were posted to Olamaboro Local Government Area (LGA) by the commission.

They were declared missing around 1 a.m. on Sunday during the final collation of results in the local government.

Many of the ad-hoc staff used by INEC are corps members of the NYSC.

Just as the whereabouts of the officials are unknown, results from the polling units where they served have also been declared missing.

Announcing the development, the LGA Election Officer, in-charge of collating and announcing the local government’s results, Garba Mahmood, said the INEC ad-hoc staff were reported missing after the observation of some police officers who raised concern that they were last seen shortly after voting ended at 2 p.m. on Saturday.

Mr Mahmood said repeated calls to their telephone numbers did not go through.

According to a PTCIJ observer who witnessed the declaration by Mr Mahmood, the official asked party agents whether or not the missing staff should be waited for. Based on their response, he declared them missing.

Mr Mahmood then released the names of the missing persons.

We tried to contact the spokesperson to the INEC chairman, Rotimi Oyekanmi, on the status of the missing staff. He did not pick calls or reply a text message sent to him.

The police spokesperson in Kogi, William Aya, could also not be reached on the status of the missing persons.

The Kogi governorship election was characterized by violence, ballot box snatching, intimidation of voters and vote buying in many parts of the state.

Although 24 candidates are contesting the election, it is seen as a context between incumbent governor Yahaya Bello of the APC and Musa Wada of the PDP.

See the list of the missing staff as provided by INEC and the police at the Olamaboro collation centre.