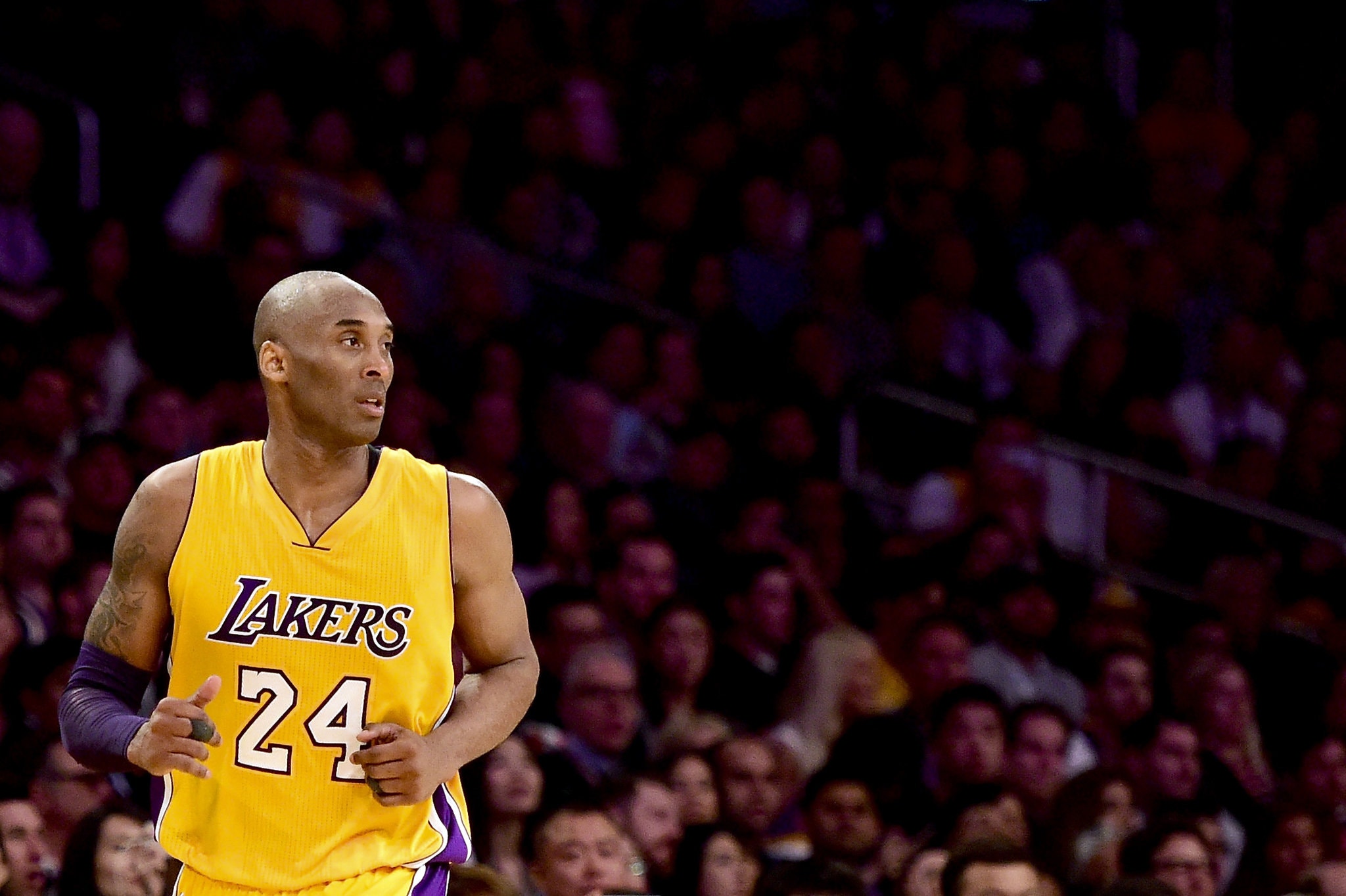 The retired N.B.A. star, 41, and his daughter Gianna were among nine people in a helicopter that crashed near Calabasas, Calif. A college baseball coach and his wife and daughter were also killed.

The authorities in Los Angeles County said it could take several days to recover bodies from the crash site, as the helicopter crashed in rough terrain.

Here’s what we know so far about the crash.

The retired Los Angeles Lakers star Kobe Bryant, 41, and his daughter Gianna died in a helicopter crash near Calabasas, Calif., on Sunday.

Bryant was among the passengers traveling onboard the helicopter. Nine people died in the crash, including the pilot, said Alex Villanueva, the Los Angeles County sheriff, during a news conference.

The National Transportation Safety Board said it sent a team to California on Sunday evening.

Daryl Osby, the Los Angeles County fire chief, said the crash site was difficult to access and that firefighters had to hike to the area.

The N.B.A. sent a confirmation of Bryant’s and Gianna’s deaths to all teams and league employees Sunday afternoon, according to two people familiar with the document.

The other victims of the crash included John Altobelli, a longtime baseball coach at Orange Coast College, a junior college in Costa Mesa. Calif., as well as Altobelli’s wife, Keri, and daughter Alyssa, university officials said.

The authorities said it could take several days to recover the bodies from the crash site.

Sheriff Alex Villanueva of Los Angeles County said the helicopter went down in an area with “very rough terrain,” and that even emergency officials had found it dangerous to reach during daylight on Sunday. The debris field, the sheriff said, was roughly 100 yards in each direction.

The local authorities did not immediately release the identities of the people who were aboard the helicopter, including Bryant, and the chief medical examiner for Los Angeles County, Dr. Jonathan R. Lucas, said it could take several days to recover the bodies from the crash site.

“We will be doing our work thoroughly, quickly and with the utmost compassion,” Lucas said. “We’re doing everything we can to confirm identifications and give closure to the families involved.”

Bryant and his daughter were on their way to an academy where he coached her team.

Outside the Mamba Sports Academy in Thousand Oaks, Calif., fans laid flowers and lit candles at an impromptu memorial for their star. The gym had handwritten signs on the door: Closed.

A few dozen people, adults of all ages, stood huddled in silence around the memorial of several jerseys, candles, dozens of bouquets, Sports Illustrated magazines with Bryant on the cover, and a Lakers flag. Written on one bouquet was “We love you Kobe and Gigi.” Another card, the shape of a Lakers basketball, read, “The day we lost a legend: 1-26-20 Thank you for being a role model for me and for others.”

Bryant was on his way to the academy to coach his daughter when the helicopter crashed, according to two law enforcement officials who spoke on condition of anonymity because they were not authorized to divulge details of the ongoing investigations.

The academy was hosting the Mamba Cup Tournament Series, a series of tournaments for boys and girls basketball teams from the third through eighth grades. All the games were canceled after the news of Bryant’s death became public.

Eddie Lugo, 21, placed a throwback No. 8 jersey and candles on the memorial. He wore a blue throwback jersey backward, so that Bryant’s name faced forward.

“I was walking my dog meeting up with my buddy, complimenting my buddy on all the Laker gear, actually, when one of my best friends called,” Lugo said. “We were all just mind blown, we thought it was fake.”

Bryant was considered one of the best players in N.B.A. history.

Drafted to the N.B.A. directly out of high school in 1996, Bryant was named an All-Star in 18 of his 20 seasons for the Lakers and helped lead the team to five championships. His hypercompetitive nature led to occasional public disagreements with coaches and other players, but his commitment to winning was never questioned.

The winner of the N.B.A.’s Most Valuable Player Award for the 2007-8 season, and the N.B.A. finals M.V.P. in both 2009 and 2010, Bryant showed a rare commitment to success on both ends of the court, with a résumé that included two scoring titles — and an 81-point game in 2006 that is the second-highest single-game total in N.B.A. history — along with 12 appearances on the league’s All-Defense team. He also thrived on the international stage, where he won gold medals for U.S.A. Basketball in the 2008 and 2012 Olympics.

In 2016, after various injuries had taken their toll on the longtime superstar, he proved to have one more highlight in him, scoring 60 points in his final game while leading the last-place Lakers to a surprising win over the Utah Jazz.

Off the court, Bryant’s legacy was far more complicated. He was arrested in 2003 after a sexual assault complaint was filed against him in Colorado. A 19-year-old hotel employee claimed that Bryant, who was working to rehabilitate his knee following surgery, had raped her. The legal case against Bryant was eventually dropped, and a civil suit was settled privately out of court, but Bryant publicly apologized for the incident.

“Although I truly believe this encounter between us was consensual, I recognize now that she did not and does not view this incident the same way I did,” he said in his statement. “After months of reviewing discovery, listening to her attorney, and even her testimony in person, I now understand how she feels that she did not consent to this encounter.”

In retirement, Bryant became something of a champion for women’s sports and expanded his purview, winning an Academy Award in 2018 for his animated short film “Dear Basketball” while also creating the web series “Detail” for ESPN in which he analyzed current players.

“My heart can take the pounding / My mind can handle the grind / But my body knows it’s time to say goodbye,” he wrote in “Dear Basketball,” the poem that he wrote to announce his retirement that was the basis for the short film.

He was scheduled to headline the 2020 N.B.A. Hall of Fame nominees.

Fans gathered quickly at Staples Center, where Bryant delivered championships with the Lakers.

The fans who gathered at Staples Center represented the ethnic and racial diversity of Bryant’s professional city.

Leo Márquez, 7, placed a candle at the memorial, his eyes filling with tears. He couldn’t get the words out to explain why he was there.

“He wanted to come because he always watched Kobe on TV with his dad,” said his mother, Alejandra Márquez.

Adam Jackman, 18, a University of Southern California student from New York City, walked from the university to the arena.

“I’m here for the impact that Kobe had on the city of L.A., not just on the court but in the community,” he said. “This is the best place to be with the city as it tries to heal.”

Joe Rivas, 28, a registered nurse, was on a gym treadmill in the town of Cerritos when the news of Bryant’s death flashed on the television.

“The whole place froze,” Rivas said. “It sucked the air out of the room. I couldn’t believe it. I grew up with Kobe. He is my favorite player of all time.”

Rivas said he couldn’t finish his workout. He changed and jumped in his car to drive 25 miles to Staples Center, where he had watched Bryant play his last game in April 2016.

“He was not a perfect man but we all have our faults,” said Rivas, who donned a No. 24 jersey. “It’s beyond basketball.”

A college baseball coach, along with his wife and daughter, also died in the crash.

Last year, Altobelli led the Pirates to the California Community College baseball state championship, their fourth state title under Altobelli. He was named one of the American Baseball Coaches Association coaches of the year.

Among the players Altobelli coached was Mets All-Star infielder, Jeff McNeil, in the summer Cape Cod Baseball League. “He took a chance on me, kept me the whole summer,” McNeil told ESPN. “Him taking that chance on me, having me on his team, got me drafted.”