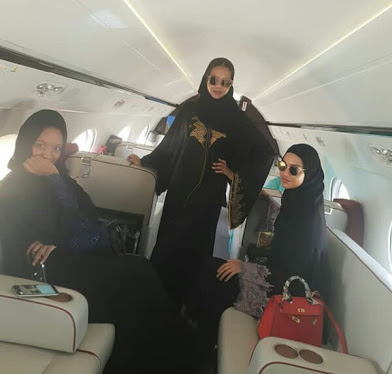 Some Nigerians have condemned the family of Maiduguri, Borno State billionaire/oil magnate, Alhaji Mohammed Indimi for alleged excessive display of wealth as his daughters flew in his private jet from Saudi Arabia to Nigeria. 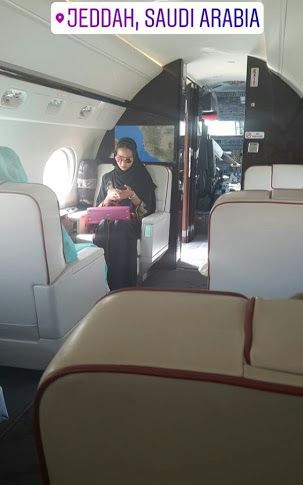 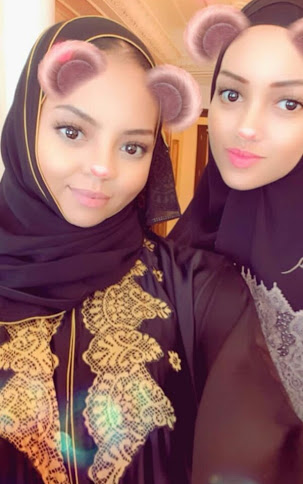 An online medium had published the picture of the girls returning to Nigeria after reportedly observing the Ramadan fast in Saudi Arabia.

A commentator,  who did not reveal his or her name, urged the Niger Deltans to wake up,  saying Indimi is making money from their wealth.

“Niger Deltans,  see your money ooo, Indimi is an oil block owner,  while you people are wallowing in self pity.

“Hahahahaha,  my aboki brothers stunt on these Niger Deltans joor,” said the commentator.

Another commentator,  whose name was given as Dee Boi, wrote that any attempt by men of the Special Anti Robbery Squad (SARS),  to go after the family over their wealth could lead to the scrapping of the whole Police force and not just SARS.

Also,  one Detayo, in his comment, urged the girls to produce their toy boy.

“Where are their toy boy,  they must have hidden them in the toilet before taking the picture.  Pardon me, just thinking, ”  he wrote.

Also commenting, one Soki stated that Niger Delta oil money is being put to good use in the body of Maiduguri billionaire family.

He wrote further,  “Please,  someone should show me one oil well in Maiduguri,  this is the only reason the north will never agree to a true federation government,  but God pass una.  For Nigeria to move forward,  oil money have to be given back to the people it came from,  which is South-South. Indigo should go back to farming and agriculture.”

This pattern continued as one Sandra wrote, “Maiduguri billionaire indeed,  go and help the people of your state.”

One commentator,  who wrote under anonymity, however,  advised Indimi family not to put all their eggs in one basket by allowing their children fly in the same aircraft.

He suggested that this was dangerous as a crash could lead to multiple loss for the family.

Another anonymous commentator also came hard on the family,  and urged the Niger Deltans to wake up from their sleep.

“After, Niger Deltans go say,  we no deh carry last.  Can someone please wake us fools up and let us realise say na we carry last pass.  The oil well God put for our backyard, na him aboki enter carry everything  leave us with spillage.

“Yet,  somehow, we are all attacking igbos for nothing  and going about shouting we no deh carry last.  Ha! Really,  inexplicable, even for me.”

Compassion is an important ingredient of our common humanity- Atiku