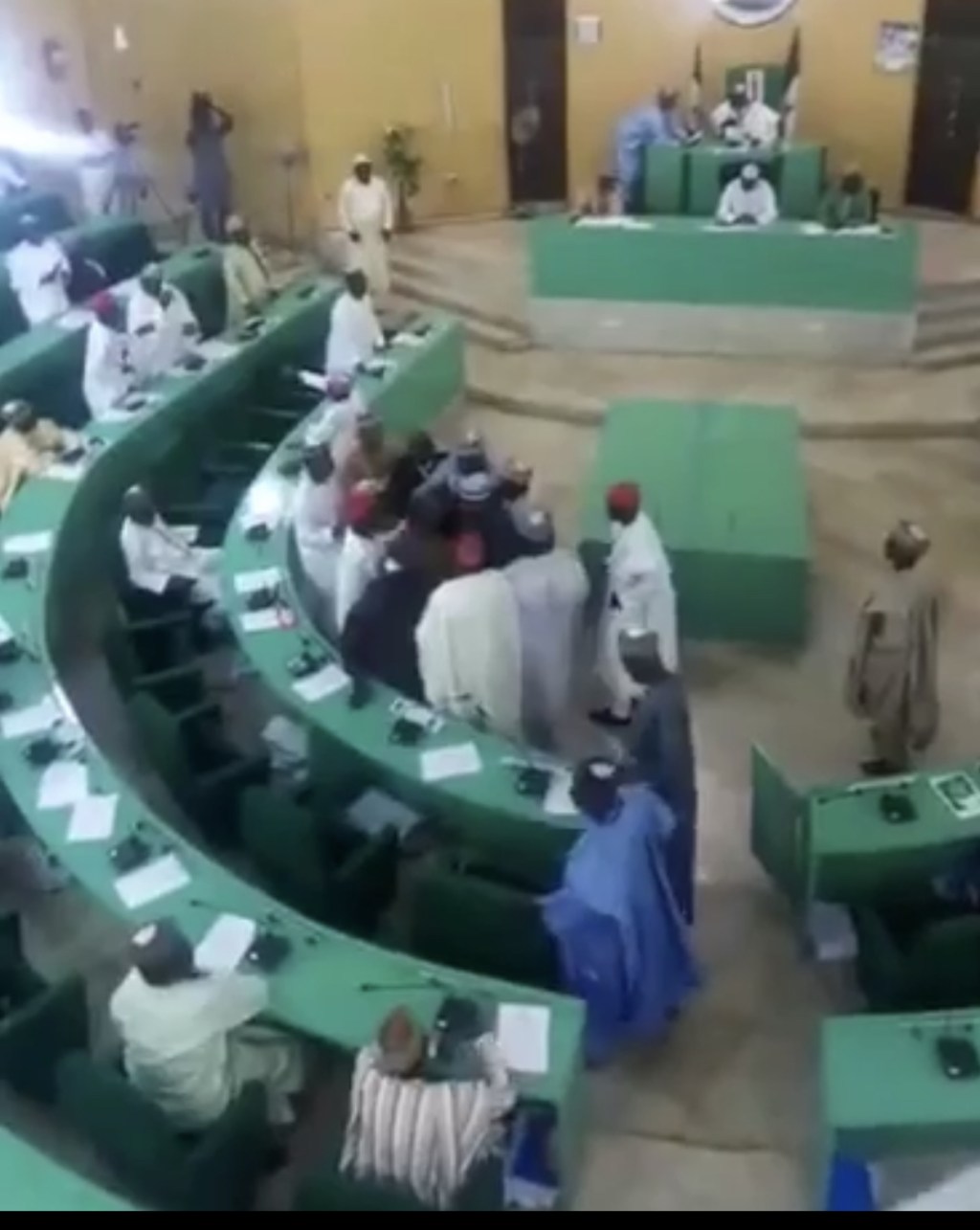 Kano House of Assembly on Monday at commenced plenary in a rowdy session over a move to submit a report recommending the removal of the Emir of Kano, Malam Muhammadu Sanusi II.

A petition was last week presented to the House by a group calling for the investigation of the Emir on an alleged violation of cultural and tradition of Kano.

Also, the group claimed to have video evidence to back it up.

The Speaker then set up a committee to investigate and submit a report within 7 days, headed by the Deputy Speaker,Hamisu Ibrahim Chidari.

However, the situation became rowdy on Monday as the Deputy Speaker requested approval of the House to present the report today.

There was an attempt to snatch the Mace of the house as some of the Lawmakers were almost embarking in a fisticuff.