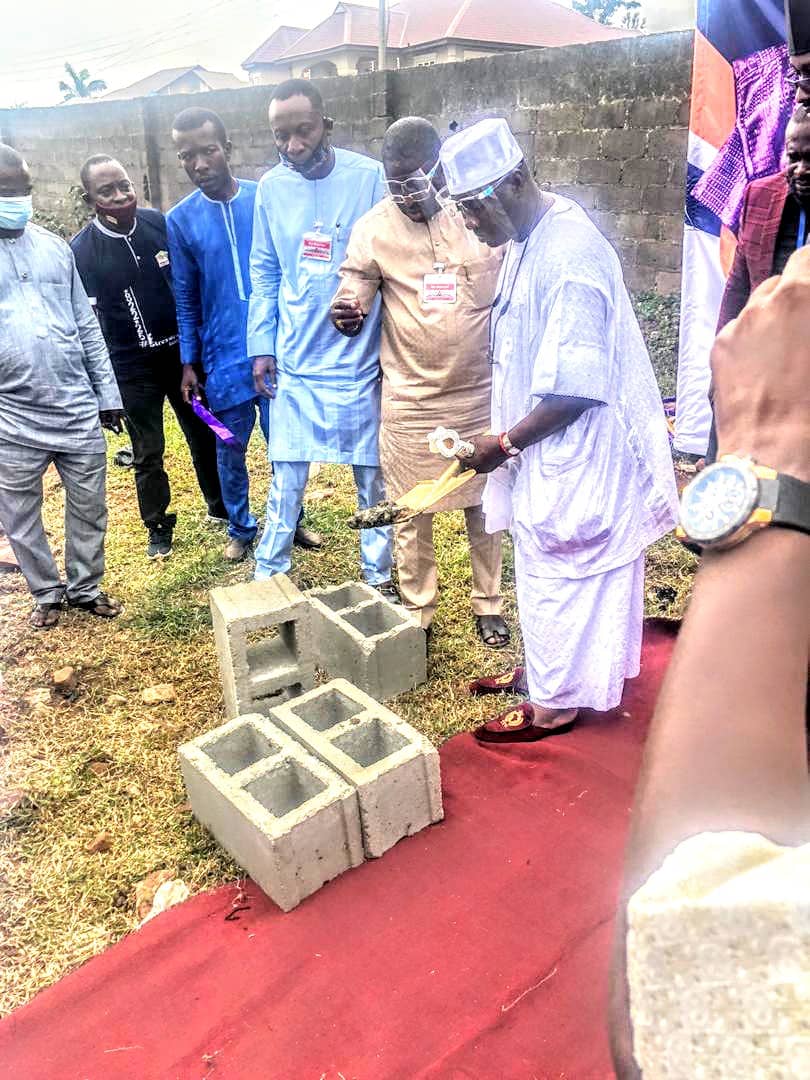 It was a joyous mood in Ijebu Ode, Ogun state today, Wednesday  the 19th of August 2020, when the acclaimed  king of Fuji music and Mayegun of Yoruba land ,Wasiu Ayinde Marshal  laid the  foundation stone of the much talked about building project tagged ‘Mayegun Royal Court’.

The talented artiste who is fondly refered to as K1 De Ultimate  and  Propitix Homes, a Nigerian  Real Estate company are  coming together to make the building project not just a reality but achieving one of the best achitectural masterpiece when completed.

The new nineteen (19) duplexes housing project which is directly opposite the Ojusagbola Court  residence of K1 is basically for commercial purpose and will be sold to the public.

When completed, the housing  project will be a spectacular Spanish-style palace,  with a gilded roof, stunning facade and intricately decorated wall in a serene environment of GRA Ijebu Ode.

According to K1, the essence of the building project is to attract development to Ijebuland in particular and also provide quality housing units that can be compared with the best all over the world.

The property is billed to be completed in eighteen months time.

Why Kashamu And Kessington Adebutu Fought