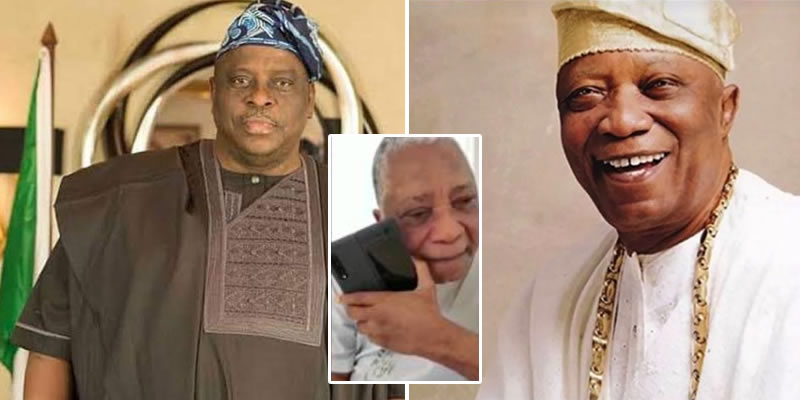 Mixed emotions have followed the circulation of a video of the late Senator Buruji Kashamu making peace with Chief Kessington Adebutu over a business entanglement.

The two men clashed over the control of the lottery business in the country and Senator Kashamu was said to have turned a witness or provided information for the Economic and Financial Crimes Commission, EFCC to investigate Adebutu, who owns Premier Lotto and is famously known as Baba Ijebu.

Kashamu had recently entered into the lotto game and his Western Lotto had taken the ascendancy with franchises obtained from Ghana’s National Authority, GNA.

The Ghana Games reportedly account for between 60% to 70% of the lottery revenue generated in the country.

Kashamu had alleged an infringement on its exclusive rights and taken Adebutu’s Premier Lotto and more than 20 other lottery companies in the country to court over the perceived infringement.

Kashamu’s Western Lotto had the “the exclusive right to use the draw numbers of the Ghana National Lottery Authority (NLA) to sell and distribute lotto products and games to customers located in the Federal Republic of Nigeria”.

Even while some claim that Kashamu may not have erred, but that he sought to make peace with his maker before his eventual death.