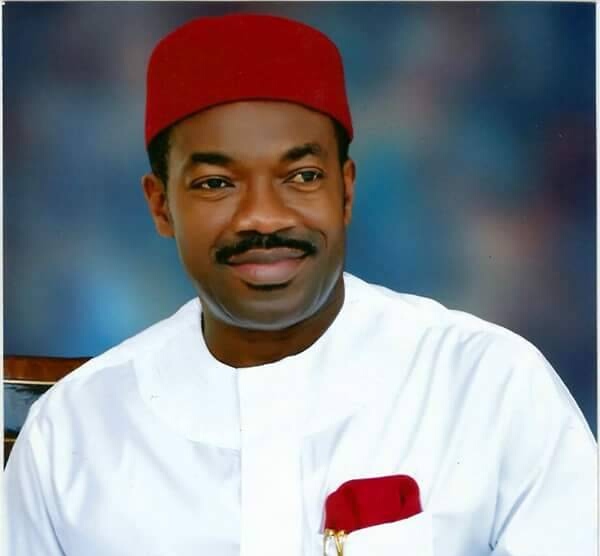 As the nation prepares for the 2019 general elections, it seems that the youths from Orlu, Orsu and Orlu East Federal Constituency have declared their unwavering support for the ambition of Chief Felix Idiga to represent the constituency in the House of Representatives.
The youths made this known today,  while addressing a press conference at Orlu Civic Center, Orlu.
Speaking on behalf of the youth leaders from the three local governments that make up the constituency, Mazi Charles Sochima who hails from Amaifeke in Orlu described the endorsement of Idiga as a step in the right direction and an opportunity for the zone to enjoy the dividends of democracy long denied it, since the return of democracy to the nation’s shores.
Sochima described Idiga as a God sent individual who had used his wealth and knowledge to uplift the downtrodden and the weak in society over the years. His humanitarian gestures through the Jafac Foundation, a philanthropic foundation he Cofounder with his wife, Lady Chinyere Ada Idiga is one out of many attestations to God’s instrumentality of Chief Felix Idiga as a blessing to his people.
” We as a united body of youths comprising these three LGA’s which make up this Federal Constituency, after a number of several meetings and deliberations came to the unanimous  decision to endorse the aspiration of Chief Felix Idiga to run for the seat as a member of the House of Representatives.
“Felix Idiga, a consummate business man and philanthropist is our first and only choice for that seat owing to his numerous feats in business as well as philanthropy. It is thus to this end that we believe that as our representative he would be able to bring and attract numerous democratic dividends as bothers on health, infrastructure,  agriculture and jobs to the teeming youths of this constituency who are not enjoying such owing to the poor quality of representation witnessed now.
We therefore call on all institutions within this Federal Constituency of ours, traditional rulers,  civil servants,  business people ,academicians and artisans to join us and endorse this technocrat who will fight for our collective interest as a people. “
Related Topics:
Up Next