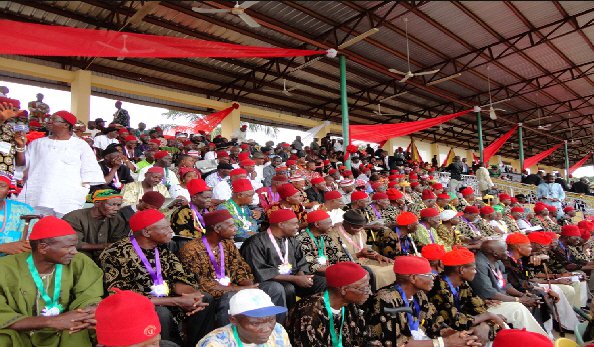 The Chairman of the South East Council of Traditional Rulers, Eze Cletus Ilomuanya, on Friday insisted that the Igbos would not leave the northern part of the country, because every Nigerian is free to live and do legitimate business in any part of the country he wishes.

He was conferred with the title of “Distinguished Royal Father-Award” at the event.

“Nigerians are one irrespective of our ethnic-religious, linguistic and tribal diversities. We must preach peace and unity as a way out of any serious problem or challenge facing us as a nation,” he said.

“The socio-economic and political setback associated with disintegration is too enormous to be ignored.”

Eze Ilomuanya added that Igbos had contributed to the socio-economic and political development of Nigeria and “cannot be treated as second class citizens anywhere in the country.”