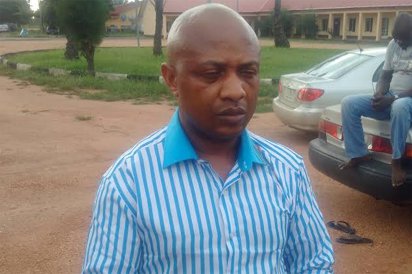 He said the detention warrant was obtained on June 21, 2017, contrary to insinuations in some quarters that Evans was being illegally held by the police,

Kyari explained the detention is to allow for thorough investigation of the suspect.

He told the media yesterday: “All those who want Evans released did not know that the police had obtained a 90-day warrant to detain him.

“We envisaged that they would do that, hence we beat them to it.”

Evans had challenged his continued detention in court, describing it as illegal.

He prayed the court to order his immediate release if they cannot arraign him in court immediately..

In a fundamental rights enforcement suit filed on his behalf by a Lagos lawyer, Olukoya Ogungbeje, the kidnapper also asked for N300million damages from the police.

He also prayed the court for an order directing the respondents to immediately charge him to court if there is any case against him in accordance with Sections 35{1}{c} {3} {4} {5} {a} {6} and 36 of the 1999 Constitution.
Related Topics:
Up Next