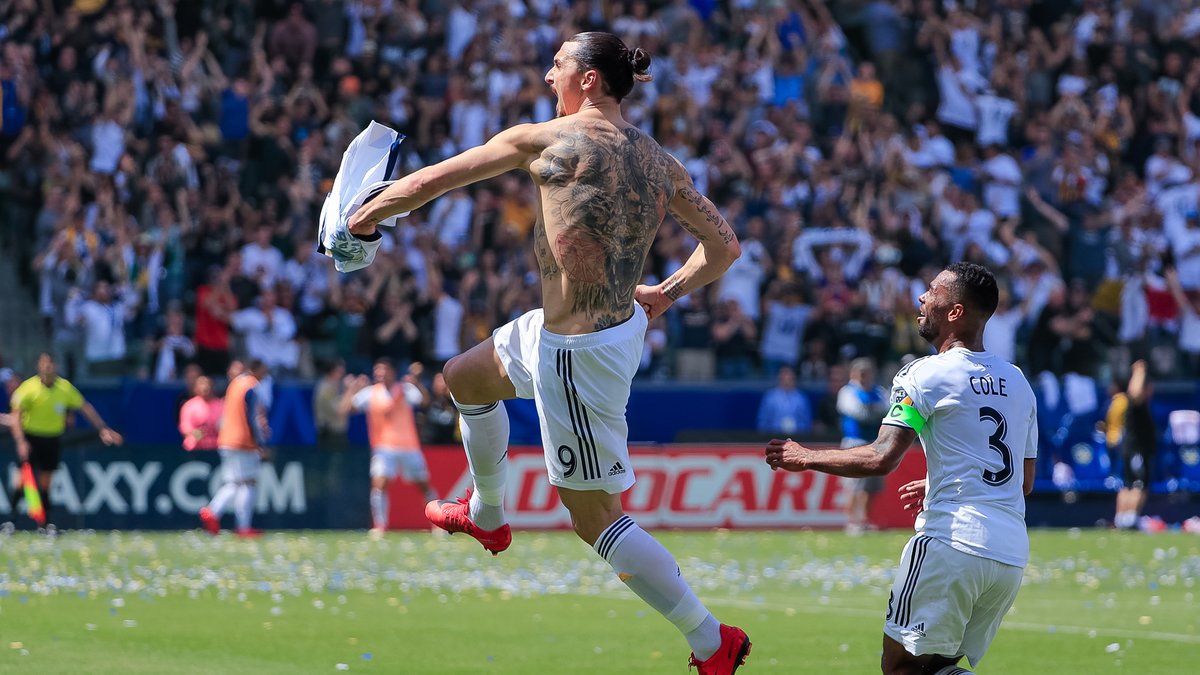 Zlatan Ibrahimovic scored a stunning long-range effort on his LA Galaxy debut, as they came from 3-0 down to win 4-3 against LA FC.

Galaxy brought Ibrahimovic on with just 19 minutes left in the Derby, with the score at 3-1.

After his side fought back to 3-2, Ibrahimovic fired in a stunning 40-yard half volley to equalise, catching Tyler Miller just off his line with an audacious effort.

The Swedish striker then grabbed a dramatic winner in the 91st-minute with a header, before being mobbed by his new team-mates.

Ibrahimovic only completed his move to the Major Soccer League (MLS) club this week.

I Want To Be President In 2019 – Kanu Nwankwo Declares