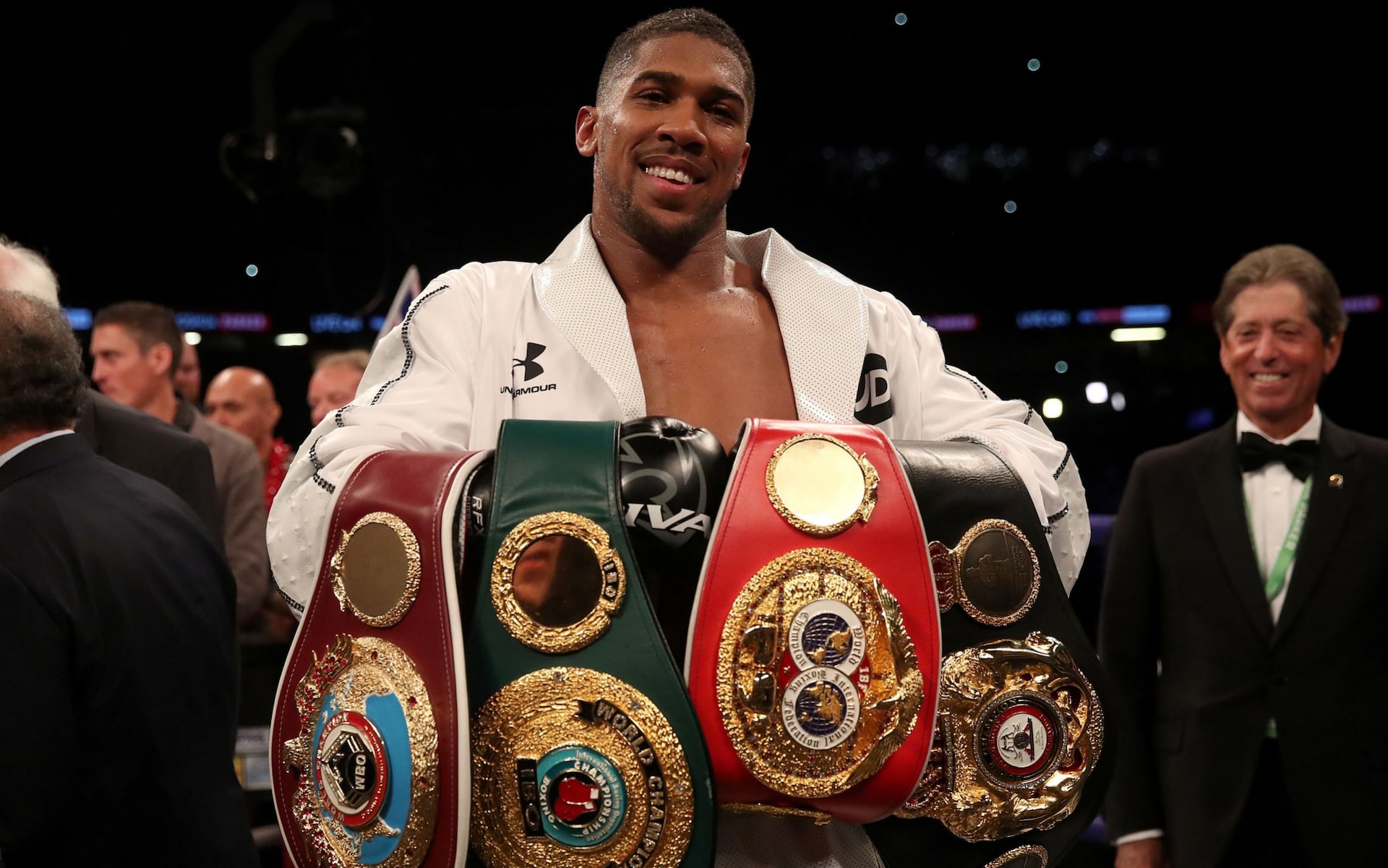 Anthony Joshua’s ascent to the summit of modern heavyweight greatness continued on Saturday night but it was more of a chess match than a war as the Londoner outpointed Joseph Parker to claim a third ‘major’ world-title belt.

For a superfight, unifying three of the four major world crowns, there were aspects of the showdown which disappointed. Not the efforts of the two young, still-developing heavyweights, but more the manner in which the battle was managed.

The refereeing was pitiful. All the inside-fighting and clinch-fighting was disallowed by referee Giuseppe Quartarone. He was appalling, constantly separating the two as if it were an amateur Olympic bout. Every time a real fight broke out, the Italian intervened. It meant that as the two combatants went to work inside, they could not come apart and exchange. Instead, it was a fight contested 95 per cent at distance.

The judges scored the contest 118-110, twice, and 119-109 to Joshua, the 6ft 6ins Briton with the six-inch reach advantage making his physicality tell as the rounds progressed.

At the halfway mark, I had them tied, but it was Joshua’s jab, and his greater fitness and stamina – 12 pounds lighter than his last contest – that proved the difference.

Although both men landed heavy shots, it was only in the 11th round – ironically after one of the few clinches that the referee did not intervene – that they buckled, the Samoan first, then Joshua, as they threw and exchanged heavy right hooks.

Joshua wants Deontay Wilder next, but that looks unlikely. Though the unblemished record continues, the now four-belt world champion still clearly has work to do.

Parker’s plan was clearly to circle, use his jab, look for opportunities for his heavy overhand right, and wait for Joshua to tire in the late rounds. That never came, testament to the 28-year-old’s fitness regime.

“Parker’s a good young fighter, I’m sure I’ll fight him again, but let’s get Deontay Wilder over here to get an undisputed champion of the world,” Joshua said afterwards.

Parker, cut on the eye in the 10th and showing a terrific chin, is as tough as they come, taking uppercuts and hooks. But it was not good enough in this meeting and it was Joshua’s jab which took the fight away from him after the middle rounds.

“I felt good, I need to work harder on more things. He was a bigger, better man today, but I’ll be back,” said Parker, who refused to blame the referee. Dignified to the last.

Earlier, on the undercard, Alexander Povetin, the WBA heavyweight No 1, brutally knocked out David Price in the fifth round, after the Liverpool fighter had survived a knockdown in the third round.

Povetkin is another potential opponent for Joshua. As indeed is WBC No 1-challenger Dillian Whyte. But not Wilder. Not yet. It might not have been the greatest spectacle, but the juggernaut that is ‘The Joshua Show’ careers on.

Those Joshua quotes in full

Speaking to Sky Sports: “I’m not going to make any analysis of my performance, that’s for my coach to do.

“My strategy was to stick behind the jab – it’s one of the most important weapons – a good jab will take you around the world. I was switched on, focused and went 12 rounds. It was light work. [Whether it’s] ten rounds, two rounds or 12 rounds.

“This was about boxing finesse – I stuck to my word. I know what it takes to be a champion. Joshua Parker said he wanted a war, but it was all about boxing finesse. The main thing we cannot forget is that I am the unified heavyweight champion of the world.”

Who will he fight next? “Wilder let’s go baby, let’s go!”

“I’m not interested in coming to America. All these years, we’ve gone to the States, people have spent a lot of money following British boxers over there. [But] we can do it in London, Cardiff. We are staying right here.

“I want Wilder. Or Fury. Get him [Wilder] in the ring and I’ll knock him spark out.”