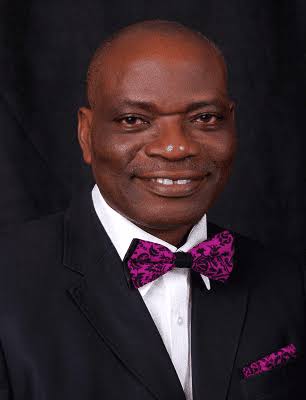 Omololu Soyombo, a professor of social sciences, has explained why he accepted to be the acting vice-chancellor of the University of Lagos in spite of the current controversy.

In a statement issued on Friday, he said he accepted the position out of a sense of duty and in the interest of peace.

Soyombo’s emergence came on the heels of the announcement of the removal of Oluwatoyin Ogundipe as the vice-chancellor.

At a meeting of the governing council in Abuja on Wednesday, which was presided over by Wale Babalakin, pro-chancellor and chairman of the council, Ogundipe’s removal was announced.

However, shortly after the announcement, Ogundipe rejected the decision, insisting that he remained the vice-chancellor.

Hours after Ogundipe’s statement, Oladejo Azeez, the institution’s registrar,announced the appointment of Soyombo.

In his statement, Soyombo said he took up the appointment to ensure smooth running of the institution’s activities.

“I wish to start by noting that this is a position of responsibility that was thrust upon me and which I accepted out of a sense of duty to our university,” he said.

“I see this as a call to service with the overall objective of fostering an atmosphere of peace for the normal university business of teaching, research and community service.

“This appointment is a definite step to resolve the impasse between the University Governing Council and Management in order to ensure a conducive atmosphere for normal university activities to continue to thrive.

“I know that opinions are divided on issues at stake and the steps taken so far to resolve the impasse. Our paramount goal should be an amicable resolution of all the issues and to win back the peace and stability of our University.”

He also urged all “all parties and members of the university community to come together at this trying period in the interest of our University”.