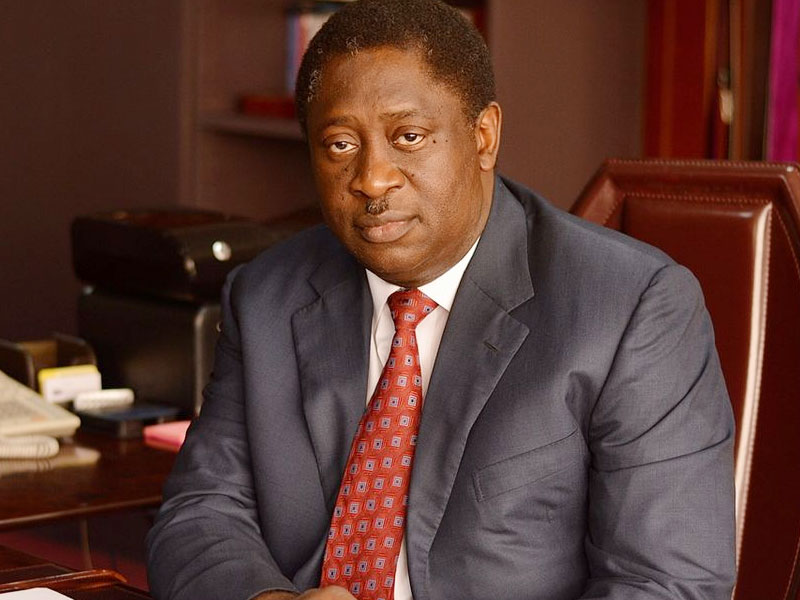 Wale Babalakin, pro-chancellor of the University of Lagos, has attributed the confusion over the removal of Oluwatoyin Ogundipe as vice-chancellor of the institution to ignorance of the function of the governing council.

The governing council of the university removed Ogundipe at a meeting held at the National Universities Commission (NUC) in Abuja on Wednesday.

This had triggered different reactions, with some staff unions accusing Babalakin of masterminding Ogundipe’s removal.

They also declared the process through which the former VC was removed as illegal.

But addressing journalists at the Murtala Muhammed Airport, Ikeja, on Friday, Babalakin said the “focal minority” opposed to Ogundipe’s removal benefitted from the alleged corruption under him.

“The confusion is that most people don’t how governing council operates. There was full compliance of the law in the removal of Prof Ogundipe,” he said.

“The issue has been lingering on for a long time. Series of attempt were made to reconcile but the VC was not forthcoming… a focal minority, who are benefiting from the corruption in UNILAG which has become cultural.

“Due process was followed in the removal of Ogundipe. After the council committee indicted the VC, he wrote his defence in May and spoke for one hour. His sack was done in accordance with UNILAG law.”

Giving a breakdown of events on the day that the former VC was removed, Babalakin said under UNILAG laws, voting can be done in secret or open ballot.

“The votes were counted with each council members’ comments. Everyone voted, they didn’t just vote but they made comments and I read out all the comments,” he said.

“Go and read the law, what the law said is that when a Vice Chancellor is removed and you have a complaint, you will write an appeal to the visitor. He cannot on his own, declare that he has not been removed as Ogundipe has done. He cannot on his own confront his employers. In law, he has resigned because if you challenge your employer and you are still in his employment, you have actually left.

“The weakness of Ogundipe is that his legal advisers have not done a very thorough job. There is no stalemate and there is no chaos in the university because the law would take its course. It is not in the place of the removed VC to say he has not been removed. He cannot be a judge in his own court.

On the alleged looting, Babalakin said: “Professor Ogundipe has been looting the university and looting it recklessly, that’s the plain truth that we should not hide. There is misappropriation and there is direct looting of the university. All attempts were made to put an end to this.

“The former VC spent N49 million renovating his house. Under the process, this has to be done with approval from the council, he sought no approval. To cover up, he gave the bursar N41 million to renovate his official residence. The official residence of the bursar can be built for N41 million from the scratch, this was what was spent on renovation.”

Although Omololu Soyombo, a professor of social sciences, was appointed as acting VC, the Committee of Vice-Chancellors of Nigeria said UNILAG senate will not recognise him.