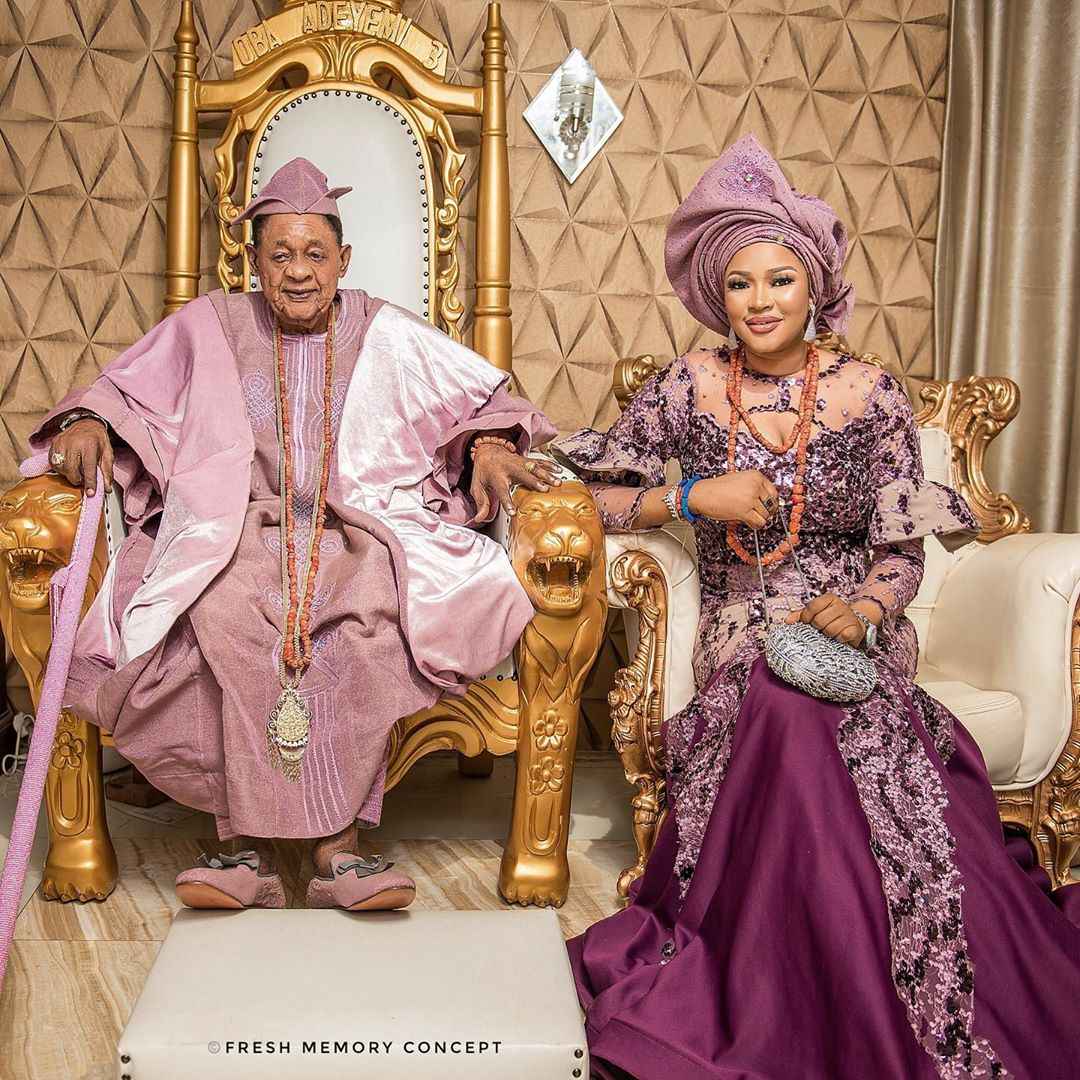 Queen Anuoluwapo Adenike has come out to publicly shut the mouth of all haters who accuse her of marrying her husband simply because of money.

She was engaged in a chat with  BBC Pidgin where she explained why she chose to marry the aged monarch. She explained that she has already lost her mother which is having it’s toll on her so she can’t also go in for a husband who would not allow her to have her peace of mind.

In her own words,

“I have the right to make any choice. I cannot lack a mother and not have a husband who will give me peace. I am at peace with where I am. The Alaafin of Oyo gives me everything I want. People just like to talk about a person who has the grace of God upon their lives,” she said.

“I’m not saying people shouldn’t talk but for me, I don’t regret the decision of marrying the Alaafin because I have everything I want and God is helping me,”

Sanusi Lamido Sanusi Back In School